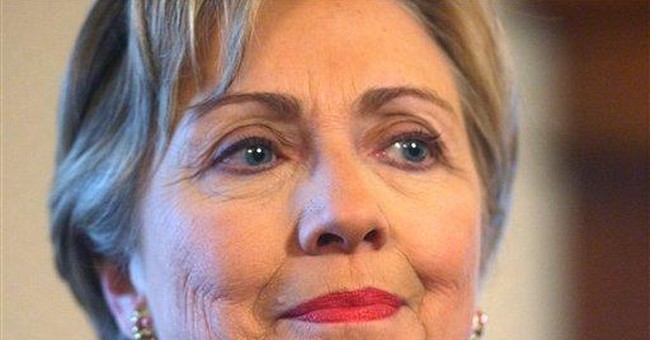 As each day passes, it becomes increasingly clear that the Democrats will win the White House next year. It’s not quite 1932, but it’s getting close to a sure thing. All the energy is on their side, they are raising more money from more contributors, and there is little if any enthusiasm for any of the Republican candidates—even among Republicans.

Of course, one can never rule out the ability of the Democrats to seize defeat from the jaws of victory. But sometimes the trend in one party’s direction is so strong that even the grossest incompetence can’t keep it from winning. I think 2008 is shaping up as that kind of year for the Democrats.

If I am right, conservatives are going to have to make an important decision at some point. Do they go down with the sinking Republican ship or do they try and have some meaningful influence on the next president by becoming involved in the Democratic race?

I’m sure that the first reaction of most conservatives will be to say that any involvement in the Democratic Party is unthinkable. Many view it as the party of treason and socialism. They could no more involve themselves in Democratic politics than a God-fearing Christian would consider working with Satan just because it looked like he was going to win.

For those of you who feel this way, stop reading. There is nothing more in this column for you. But for those conservatives who don’t see the 2008 election as a race between good and evil, but merely a contest between rivals within the same league, I think there is a good case for participating in the Democratic nominating process.

Here’s why. Although all the Democratic candidates are more liberal than all of the Republicans, they are not all equally liberal. Among the Democrats, some are more to the right and others more to the left. It is a grave mistake to assume, as most conservatives do, that they are all equally bad and that it makes no difference whatsoever which one is elected.

To right-wingers willing to look beneath what probably sounds to them like the same identical views of the Democratic candidates, it is pretty clear that Hillary Clinton is the most conservative. John Edwards is the most liberal and Barack Obama is somewhere in between.

The hard-core right-wingers who kept reading past the point I told them to stop probably all think I’ve lost my mind by now. But remember, I am talking about the politics within the Democratic Party, not the nation as a whole. Moreover, at this stage of the nominating process, all of the candidates in both parties are appealing mainly to their bases. These are well to the left of the country among Democrats and well to the right among Republicans.

It is in this context that one must evaluate Sen. Clinton’s position. Given the views of the Democratic base and the enormous unpopularity of the Iraq War, it is a real act of courage for her to steadfastly refuse to say her vote for the war was wrong. Of course, like all Democrats and most Americans she opposes the war today and favors a rapid pull-out.

That is why the easy thing for Sen. Clinton to do would be to just thrown in the towel, admit her vote was wrong, and move on. And that’s why it is an act of courage for her to refuse to do so. If conservatives weren’t so blinded by their hatred for her, this would be obvious.

On economics, it is reasonable to assume that Sen. Clinton’s policies would not be altogether different from Bill Clinton’s. This is not a bad thing. On trade, his record was outstanding and on the budget was far better than George W. Bush’s. While Clinton raised taxes in 1993, it should be remembered that he cut them in 1997, including a cut in the capital gains tax. On regulatory policy, Clinton was no worse than the current administration and probably better on net.

Democrats know all this, which is why our most liberal pundits, like Bob Kuttner, are attacking Sen. Clinton for being a clone of her husband on economics and attacking her support for “Rubinomics,” named after former Treasury Secretary Bob Rubin. Its essential elements are a commitment to deficit reduction and globalization—which are both anathema to the Democratic Party’s liberal base. It wants a hard-line against imports to save jobs and an expansive fiscal policy to pay for a wide range of new social programs.

At some point, politically sophisticated conservatives will have to recognize that no Republican can win in 2008 and that their only choice is to support the most conservative Democrat for the nomination. Call me crazy, but I think that person is Hillary Clinton.