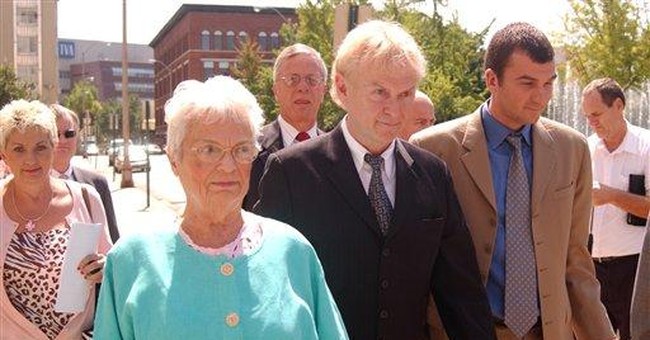 According to press reports, Democrats in Congress are planning a major effort to reduce the so-called tax gap. This consists of money owed to the federal government but not paid. According to the Internal Revenue Service, in 2001 the gross tax gap was $345 billion, which fell to $290 billion after enforcement efforts. This suggests that about 14 percent of all taxes that are owed are not paid annually—a figure no higher today than in the 1980s.

These figures are primarily for individual income and payroll taxes; the IRS has not updated its research on corporate tax compliance for decades. One reason is that the line between tax evasion and legal tax avoidance in the corporate sector is very, very murky. For many corporations, it’s not worth the bother to evade taxes when there are so many legal tax avoidance opportunities available.

To a certain extent, this is true of individuals as well. When I do radio shows, I often hear from callers who believe their taxes are much too high. But when I question them about whether they participate in their employer’s 401(k) plan, whether they are contributing the maximum to an Individual Retirement Account, whether they have considered investing in tax-free municipal bonds, whether they are taking advantage of the Earned Income Tax Credit and other legal methods of tax avoidance easily available to all taxpayers, very often the answer is “no.” In effect, many taxpayers are voluntarily paying more taxes than necessary.

If a taxpayer truly wished to avoid paying income taxes altogether, he could probably arrange his affairs to make that possible. But that would require a lot of work that might not pay off in tax savings or actions that would reduce his overall income. For instance, someone in the 15 percent tax bracket could buy municipal bonds to avoid paying any taxes on his interest income, but this would make no economic sense because the spread between interest rates on corporate and municipal bonds is greater than 15 percent. Lately, the spread has been about 22 percent. Therefore, it only makes economic sense to buy municipals if one’s marginal tax rate is greater than 22 percent.

By contrast, 35 percent of the tax gap came from unreported business earnings by non-farm sole proprietors, and another 13 percent resulted from unreported partnership income. This suggests that the best way to evade taxes, should one choose to go that route, would be to start your own business. It’s just too easy to hide income and overstate business expenses in ways that are almost impossible to detect. And since most small businesses don’t make much money even if they accurately report all their income and expenses, it isn’t worth the IRS’s time to go after them.

In practice, the IRS has to concentrate its resources on areas where there is the greatest potential revenue yield, which may not be where the greatest amount of evasion exists. For example, a high percentage of alimony income goes unreported, but the total amount of alimony paid is so small that the aggregate dollar amount of evasion is tiny. The same is true of unreported state tax refunds and unemployment compensation. Indeed, the relatively high level of unreporting from these income sources may be due largely to taxpayer ignorance that such income is in fact taxable.

The point is that closing the tax gap in ways that will yield significant revenue to the government is much harder than generally believed. Most people think the IRS just needs to audit more people. But unless it has good reason in advance to believe that fairly substantial revenues will result from an audit, it could easily be counterproductive. The increased deterrent effect could be more than offset by taxpayer complaints that will result in efforts by Congress to tie the IRS’s hands and cut its budget.

In the end, there is really no pot of money that Congress can use to pay for more spending. To get more than a small part of the tax gap will require draconian enforcement efforts that will lead to a taxpayer backlash and a quick retreat by Congress and the IRS. It may be that we simply have to accept a certain amount of tax cheating as part of the price we pay for a free society.