Bruce Bartlett is a former senior fellow with the National Center for Policy Analysis of Dallas, Texas. Before joining the NCPA, he was deputy assistant secretary for economic policy at the U.S. Treasury Department, where he served from September 1988 to January 1993. In 1987 and 1988, Bartlett was a senior policy analyst in the Office of Policy Development at the White House.

From 1985 through 1987, he was a senior fellow at the Heritage Foundation in Washington, D.C.

Between 1976 and 1984, Bartlett held numerous positions on Capitol Hill. In 1976, he served on the staff of Rep. Ron Paul of Texas as a legislative assistant. In 1977, he joined the staff of Rep. Jack Kemp of New York as a special assistant and staff economist. While with Kemp, Bartlett helped draft the famous Kemp-Roth tax bill. Between 1979 and 1980, he worked for Sen. Roger Jepsen of Iowa as chief legislative assistant. In 1981, Bartlett joined the staff of the Joint Economic Committee of Congress as deputy director, becoming executive director in 1983. Bartlett is a prolific author, having published over 900 articles in national publications, including The Wall Street Journal, The New York Times, The Los Angeles Times and The Washington Post, as well as many prominent magazines such as Fortune. In 1996, one of his columns inspired Bob Dole's 15 percent tax reduction plan.

Bartlett has also written for important academic journals and published four books, including Reaganomics: Supply-Side Economics in Action, published in 1981.

Changing World of Commentary
By Bruce Bartlett
About 12 years ago, I got a call from Tom Bray, then editorial page editor of the Detroit News. I ...
July 10, 2007

Who Is the Anti-Bush?
By Bruce Bartlett
One of the things that surprises me so far in the race for the White House is that none of ...
July 03, 2007

Climate History
By Bruce Bartlett
Many people are worried about global warming today. They fear that the polar ice caps will melt, raising sea levels ...
June 27, 2007

Synfuel Boondoggle
By Bruce Bartlett
Back during World War II, the Allies were successful in largely cutting off Germany’s oil supply. To maintain ...
June 19, 2007 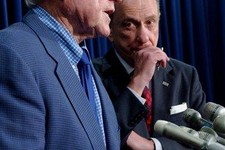 Immigration Political Dynamics
By Bruce Bartlett
The immigration bill may be dead for now, but the political forces behind it have not gone away. Those ...
June 13, 2007

Immigration Frustration
By Bruce Bartlett
One of the things that bothers me about the immigration bill is the view held in the White House and ...
June 06, 2007 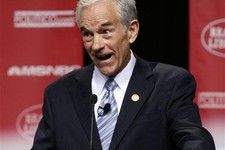 Taking Ron Paul Seriously
By Bruce Bartlett
As some readers of this column may know, the first "real" job I ever had was working for Congressman Ron ...
May 29, 2007

Republican Euthanasia
By Bruce Bartlett
As someone who has been highly critical of George W. Bush’s repeated violations of conservative principles for some years, ...
May 22, 2007 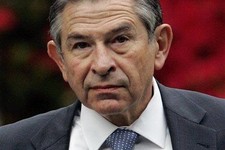 Wolfowitz Endgame
By Bruce Bartlett
It now seems almost certain that Paul Wolfowitz will leave the presidency of the World Bank. It’s only a ...
May 15, 2007 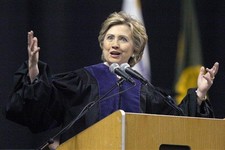 Democrats and Conservatives
By Bruce Bartlett
I hadn’t planned on writing another column about Hillary Clinton, but the one I wrote last week has ...
May 08, 2007 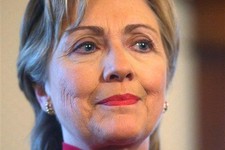 Conservatives for Hillary?
By Bruce Bartlett
As each day passes, it becomes increasingly clear that the Democrats will win the White ...
May 01, 2007 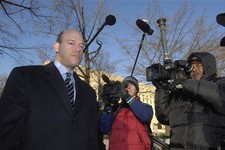 Tax winners and losers
By Bruce Bartlett
As is the case every year, the deadline for paying one’s federal income taxes on April 15 brought forth many ...
April 25, 2007 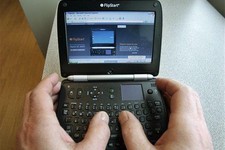 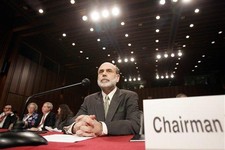 Economics on the Internet
By Bruce Bartlett
I recently made a life-changing decision, which, to those under the age of 30, will probably sound ridiculous. I finally ...
April 03, 2007
Commentary Archives
CARTOONS | Bob Gorrell
View Cartoon