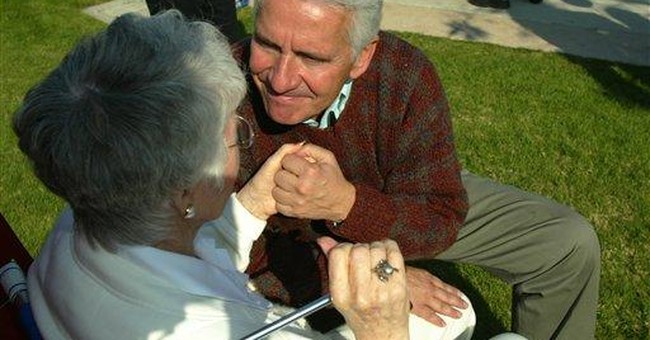 Since being elected to represent California's 20th Congressional District in 2004, Jim Costa has proven to be little more than a placeholder for his liberal party leader from San Francisco. The district, which stretches down the western portion of California's Central Valley, is famous for farming. With farming comes the need for water - lots of it. The district's economic vitality lies with its ability to feed the agriculture industry. Unfortunately for Central Valley workers, water and jobs have taken a back seat to Costa's liberal lap-dog agenda.  As Central Valley families continue to suffer high unemployment and a dire economic situation, voters will surely look for a new representative who won't leave them high and dry.

California's 20th Congressional District has a Cook Partisan Voting Index of D+5 and although the district tends to swing to in the Democrats' favor, voters here gave George W. Bush nearly 50 percent in 2004. That swing district mentality, combined with a growing anti-incumbent wave, spells trouble for Costa in November. With a struggling economy, water issues, and the Democrats' government takeover of healthcare, when Costa's loyalties were tested, he proved he is not his constituents' side. Costa has voted with his party almost 95 percent of the time and has repeatedly turned his back to Valley farmers when they needed him the most.

With California facing a staggering unemployment rate of 12.3 percent - consistently one of the highest in the country - jobless middle-class families are desperate for some relief. In Kings County, which encompasses a large portion of the district, the jobless rate is above 15 percent. And in addition to the unemployment crisis, the state of California has continued to battle rampant foreclosures, exceeding four times the national average. With no help from Jim Costa, who is behind the same failed economic policies that have landed California in its dire economic state, it is clear California's 20th Congressional District is in need of new leadership from Republican Candidate Andy Vidak.

As a farmer, businessman, and lifelong resident of the Central Valley, Andy understands the underlying needs of the 20th District. After receiving his degree from Texas Tech University, Andy returned to the Central Valley to work for Westside farms. In 1997, Andy purchased his own farm and has been an active Cherry grower in Hanford since. In addition to owning is own farm, Andy is a partner in a lettuce cooling management group. Andy's years in managing a Central Valley farm have prepared him to address California's water and unemployment crisis.

With November's midterm elections less than two months away, California families have the opportunity to send Jim Costa a message: They're tired of not being heard.  Get started now and visit California's Andy Vidak, the 20th’s next Congressman, on his facebook page, follow him on twitter or check out his website.