2010 Race of the Day: Tennessee Swoon 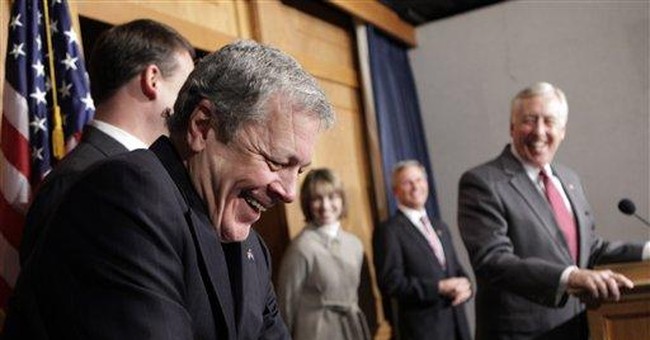 Tennessee’s Eighth Congressional District is decidedly conservative, consisting of small towns, rural communities and growing exurban areas. It encompasses a slice of Middle Tennessee and most of West Tennessee outside of Memphis, including Jackson – the largest city located entirely within district lines. Historically, the Eighth District leans Democrat, but voters in this agriculture-heavy area are pro-life, pro-gun and pro-growth. In fact, the Cook Political Report rates this district as R+6. The district displayed its strong strain of conservatism in both of the last two presidential elections: McCain carried this area with 56% of the vote in 2008 while George W. Bush won with 53% in 2004. In a year when Republicans have the wind at their backs, Tennessee’s Eighth District is a ripe GOP opportunity.

Last year, no one would have mistaken Stephen Fincher for a man on his way to Congress. Democrat Rep. John Tanner had never won with less than 62% of the vote — but after Fincher, a young gospel-signing farmer from Frog Jump, hauled in $300,000 during his first month campaigning in September 2009, it was clear the incumbent couldn’t afford to coast, and he retired. Despite a massive financial disadvantage after two more well-funded Republicans jumped into the GOP primary, Fincher scored nearly 50% in the five-way primary--a hugely impressive victory that underscores his unique appeal to everyday Tennesseans.

The Democratic nominee, state Sen. Roy Herron, has nearly as many local detractors as he has fans. By now Tennesseans are used to watching the 24-year career politician run from his liberal record. A fundamentally flawed candidate whose initial cash-on-hand advantage is mitigated by his extensive political baggage, Herron embodies why most people are sick of politicians. Tennesseans won’t like Herron’s history of raising taxes on the middle class while voting himself multiple pay raises; or his support for taxpayer-funded abortion; or his support for the job-killing legislation known as “card check.” It’s no wonder Fincher received 8,000 more votes than Herron, the prohibitive favorite in a non-competitive Democratic primary, even though the hotly-contested GOP battle split the Republican vote five ways.

Stephen Fincher represents the conservative values America needs to get back on track. A managing partner in Fincher Farms, a West Tennessee-based farming business, Fincher has been a farmer in the family business his entire life.  At age nine, Fincher joined the singing ministry started by his grandmother, “The Fincher Family,” and sang at church and community events that benefited various charitable causes. A values-driven leader who fits his district perfectly, Fincher is committed to lower taxes, limited government, and traditional values. It’s no surprise The Washington Post recently said that “[t]he Republican nominee will be a heavy favorite in the fall.”

This November, voters in Tennessee’s Eighth have a clear choice: further the liberal agenda in Washington or elect Stephen Fincher, a hard-working Tennessean who will effectively represent the interests of Eighth District voters. I hope you’ll visit Steve’s website and Facebook to stay informed on the latest updates.