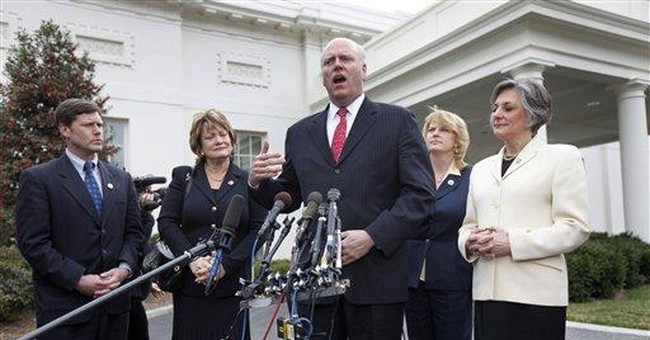 Among a crowded Republican field in Wisconsin’s Third Congressional District, candidate Dan Kapanke is poised to challenge seven-term Democrat incumbent Ron Kind in one of the toughest races he has faced in years. The district, which shares a border with the Mississippi River and Illinois in Wisconsin’s southwest corner, sports the second most dairy farms in the country, making taxes and the sluggish economic recovery a large focus of this year’s election.

Although this moderate district has most recently been carried by a Democrat, Kind has proven to be quite vulnerable this election year. The Kind-Pelosi agenda has been ineffective in creating jobs and lowering taxes and it is painfully obvious to residents of the Third District that Kind is completely out of touch with the needs of his constituents. Due to an inability to compete with subsidized European Common Market’s prices and California’s agribusiness, local family dairy farmers are quickly going out of business and Kind has done nothing to save these jobs. With a record of voting with Nancy Pelosi a staggering 93.5 percent of the time, Wisconsin voters are hurting from the motives of their incumbent candidate who has repeatedly proven to side with his party loyalty over the constituents he claims to represent. Kind is vulnerable this election year, as he will be forced to own up to his votes on the job-killing cap-and-trade bill and the failed economic stimulus, which have resulted in spending the country into trillions of dollars of debt that will cripple our grandchildren and their economy. He failed to protect taxpayers from Congress’ fiscal irresponsibility and by approving of the cap-and-trade bill, otherwise described as an unfair energy tax, Kind will pile more taxes on to Wisconsin’s farmers and business owners in an already struggling economy.

Born and raised on a dairy farm, Dan Kapanke knows what it takes to run a successful enterprise in Wisconsin’s Third District. His U.S. Marine Corps experience, along with business and public service experience, offers the voters of this district a proven leader. As the owner of a popular minor league baseball team, the La Crosse Loggers, Kapanke has created a summer tradition for many local devoted fans and has proven he can win in Dem areas like La Crosse.  While Kind has been sitting in Pelosi’s lap for nearly the past two years, Kapanke has developed innovative solutions for Wisconsin’s Third District. Rather than continuing to raise the debt limit and spend taxpayer’s hard-earned money without any end in sight, Kapanke’s outlook on the economy will result in tax cuts and job growth in the private sector. Dan Kapanke has achieved “On the Radar” status, the first tier of the NRCC’s three-level Young Guns recruitment program, proving that he is an accomplished, independent leader who is well on his way to winning this seat and adding it to the Republican column in November. Dems are frightened of Kind’s re-election chances in the Third District – and for good reason. Kind’s tactics have only hurt the district, and Kapanke is prepared and ready to bring on recovery.

To find out more about Dan, please visit his website, where he clearly outlines the issues facing Wisconsin’s Third District. You can also follow him on Facebook and Twitter to be up-to-date this election year.