Race of the Day: Pelosi Puppet Driehaus Will Fall in OH-1 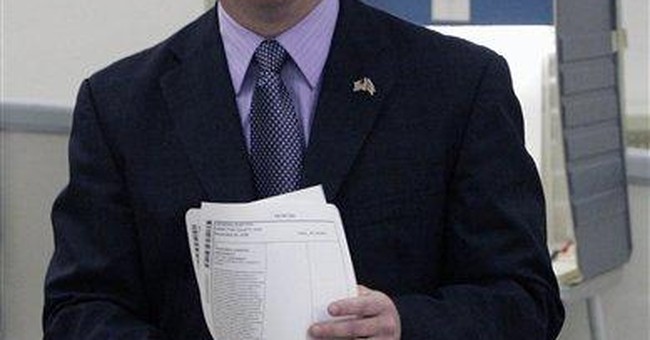 Last week’s primary results in Ohio sent a resounding message from Republicans across the state: Stop the Obama-Pelosi agenda of endless spending and debt, government takeovers, and fewer jobs.  The GOP is positioned to pick up as many as five seats in the state of Ohio. From Cincinnati to Cleveland, Ohioans are ready for responsible leadership on the issues of job creation, fiscal discipline, and smaller government.  A key part of that momentum begins in Ohio’s First Congressional District with a 2008 rematch where Pelosi Puppet Steve Driehaus faces off against former U.S. Representative Steve Chabot.

For 14 years, Chabot held this southwestern Ohio congressional seat, which is based in Cincinnati and includes portions of Hamilton and Butler counties along the Kentucky and Indiana borders.  In defeating Steve Chabot by two points last cycle, Driehaus relied on heavy Democrat turnout boosted by then-candidate Barack Obama.  Demonstrating Driehaus’ vulnerability, he underperformed the president by four percent, while Chabot ran ahead of the GOP presidential ticket by five percent.  In an election cycle like 2008, which favored Democrats all across the country, this spells serious trouble for Driehaus’ reelection hopes.

Furthermore, Steve Driehaus has a disastrous voting record to defend.  Speaker Pelosi and her loyal ally have forced through healthcare legislation that cuts Medicare, includes job-killing tax hikes and paves the way for government-funded abortion.  Driehaus not only voted for ObamaCare, but he also led efforts in crafting a phony deal designed to provide political cover for so-called pro-life Democrats like himself on the bill’s abortion language.  Driehaus caved to Speaker Pelosi on this precious issue and, as a result, the healthcare law allows tax dollars to be used for abortions because the deal he cut is ineffective and inadequate when it comes to protecting the unborn.

Driehaus is known as “Pelosi’s reliable backer” because he votes with the partisan Speaker 94.8% of the time.  He helped enact his party leader’s stimulus bill that has failed to put people back to work and, when it was time to pass a budget with tax hikes and massive debt, he came through for Pelosi again and voted yes.  By breaking campaign promises and caving to his party leaders, Driehaus has alienated himself from southwestern Ohioans.  As a result, it’s no surprise that he continues to trail by wide margins in poll after poll.

We expect that this will be one of the most closely watched races in the country.  As one of the NRCC’s Young Guns, Chabot is in a strong position to put this seat back in the GOP column.

Charlie Cook’s PVI rating puts this seat at D+1, and respected political handicapper Stu Rothenberg considers this district to be “lean Republican,” both highlighting the fact that this is one of the GOP’s best pick up opportunities in the country.