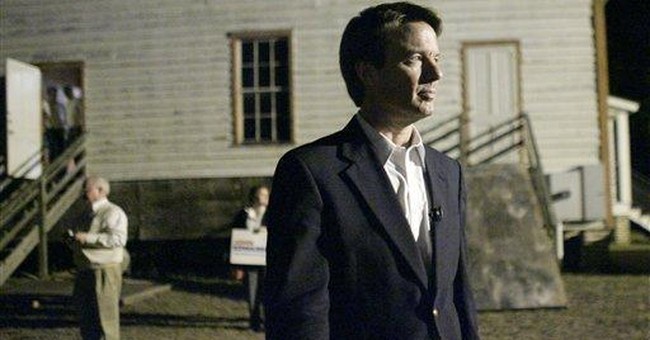 Is that a river of egg running down the faces of America’s “elite” media?

Scooped! Scooped by a supermarket tabloid!

Much to the chagrin of America’s journalistic Old Guard, recent Democratic presidential candidate John Edwards has confirmed the scandal they were refusing to cover.  Yes, as the National Enquirer reported, the former Vice Presidential nominee had an affair with Rielle Hunter, a lady he picked up in a bar.  Yes, he put Rielle on his campaign payroll.  Yes, he lied to his wife about it.  Yes, he lied to the entire nation as well.  Yes, some people he knows might be paying Rielle $15,000 a month, and paying for the $3 million Santa Barbara mansion she and Edwards’s alleged “love child” are living in.

One of the leading figures in America’s majority political party, a man rumored to be a in the running to become Attorney General, is surrounded by allegations of sexual misconduct and corruption.  Sounds like a pretty good story for a newspaper.  So why didn’t they cover it?

Ombudsmen’s columns often aren’t very entertaining, but the latest batch is riveting.  The media are squirming to explain why they didn’t report the story.  In his piece, “Sometimes, There’s News in the Gutter,” New York Times Public Editor Clark Hoyt makes a number of stunning concessions:

In his accurately titled article, “Affair Puts Press in A Touchy Situation,” Washington Post media critic Howard Kurtz makes some astonishing admissions of his own:

Why so little mainstream interest in this story, a tale absolutely pregnant with salaciousness and corruption? Perhaps media liberals don’t consider “private sex lives” to be very important. CMI’s new Eye on Culture, "Will Edwards Scandal Teach Media that Lying about Adultery Is Wrong?" criticizes TIME magazine and CBS for toying with infidelity.  Last month, the two Big Media titans gave platforms to a “relationship therapist” who counsels clients to lie to their spouses about affairs, and suggests that cheating can sometimes improve a marriage.

Hoyt and Kurtz don’t agree on what the problem was on the Edwards coverage, but they definitely agree on what problem it was not: the elephant everybody else sees in the room.

Hoyt: “I do not think liberal bias had anything to do with it.”

Kurtz: “I don't think the party favoritism charge holds up.”

Tell it to presumptive Republican presidential nominee John McCain.  A disgruntled former employee claimed the Arizona senator had an affair with a lobbyist.  Times reporters pursued the story like a pack of rabid wolves. A flimsy allegation wound up on the front page, with the Timesmen later acknowledging they made the paper look bad.

At least the Edwards scandal offers the Times and the Post an opportunity to scrub some of that egg off their faces.  Many tantalizing questions remain unanswered, so there’s still plenty of room for both the New York Times and the Washington Post to dig into this story.  Where is the money for Rielle Hunter’s Santa Barbara mansion coming from? Or the $15,000 per month Hunter is receiving, according to the Enquirer?   Is Edwards paying Hunter out of his own pocket, or is a “super-rich pal” of Edwards footing the bill, as the Enquirer suggests?  Who might that be, and what does Edwards owe him in return?

Or is campaign money being diverted?  Many poor people gave money to fund Edwards’s fight for the “little guy.” Are those gifts being used to pay – and pay off – the candidate’s mistress?   Inquiring minds want to know.

Big Media columnists are finally lining up to take potshots at Edwards, but the Times and the Post really need to get their investigative reporters busy.  Kurtz frets that after Big Media stonewalled the Edwards allegations, the story spread anyway, and “the much-derided MSM were superfluous, their monopoly a faded memory.”  If the liberal media keep playing politics with journalism, the National Enquirer may become, at least in coverage of sex scandals, the newspaper of record.