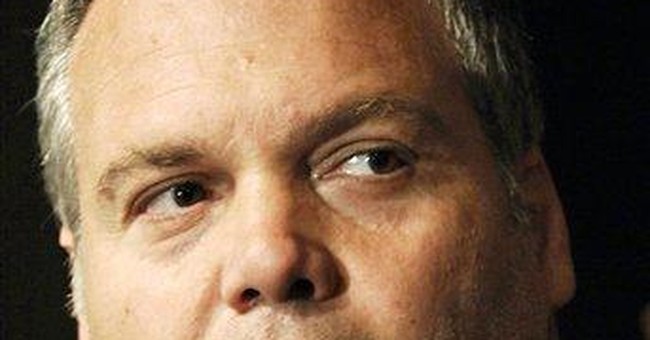 When will Hollywood’s secular bigots figure out that Bible-believing Christians have nothing in common with fundamentalist Muslim terrorists?

On Wednesday, Law & Order served up another of those famed episodes ripped from the headlines – except the violence-preaching madrassa is Christian, not Muslim, the evil cleric brainwashing children quotes the Bible, not the Koran, and American Christians haven’t executed anybody by stoning since the Salem witch trials.

The plot for this episode is so ludicrous it hardly merits retelling, but for clarity’s sake, here’s a quick summary. The police find the body of a woman art gallery owner killed by stoning, and immediately suspect the killer had “strong religious views.” Suspicion falls first on a Muslim artist.

Time for a cheap shot at the Bush administration: the National Security Agency is wiretapping the gallery owner by mistake, revealing that she was having an affair with the artist. Suspicion shifts to her irreligious husband, who apparently didn’t mind being cuckolded. For reasons not explained, the police decide to arrest their son, Jason, a college student.

Jason turns out to be a Christian mystic who hears from God several times a day. The son is under the influence of a Bible-spouting pastor who runs the Angelgrove Camp, where he is preparing Christian children to fight a religious war.

· He said that we are engaged in a great battle with Muslim infidels. God told him that the time would come when I will be a general in Christ's army.

The pastor believes Jason is destined to lead Western Civilization to victory over the infidels, but before he can become a “general in Christ’s army” he must deal with the sin in his own house. Jason decides that God wants him to go home to “cleanse” Mom of her sin and save her soul.

· [God] told me to go to my mother’s house. That God would put the tools in my hands to cast out her sin and save her soul.

· My mother’s flesh was sacrificed to cleanse her of her sin. My mother died in a state of grace. Because God is merciful. Isn’t it beautiful? God, in his infinite mercy... spared her soul.

Jason accepts a sentence of 15 to life. That’s about it, except for the trial of the pastor for being an accomplice to the murder. The pastor beats the rap because several members of the jury consult the Bible during their deliberations.

· Pastor: “What do we say to the Muslim infidels who kill Christians?” Children: “This means war!”

· Prosecutor: Then you do advocate violence. Pastor: “They force violence on us! An eye for an eye. So says the Bible. And stones for adulterers. The Bible says that too.” Prosecutor: “Death for women who have sex with Muslims? Pastor: “Yes. She let herself be defiled by his blasphemous seed! That's their plan. They want to take over the world and install a new caliphate.” Prosecutor: “Their plan, you mean, to sleep with Christian women?” Pastor: “Yes. And if they can’t seduce them, they'll rape them. That is how they wage war. Look at Darfur.”

This isn’t the first modern-day Christian stoning in recent months. On CBS, a Cold Case episode in September had several Christian teens in an abstinence club murder a girl to cover up their sexual hijinks. Hollywood’s secular bigots can’t seem to resist making up crazed, violent, hypocritical Christian characters. Perhaps they can’t find any real Christians who justify their stereotype.