How the Media Stir the Brew of Identity Group Politics 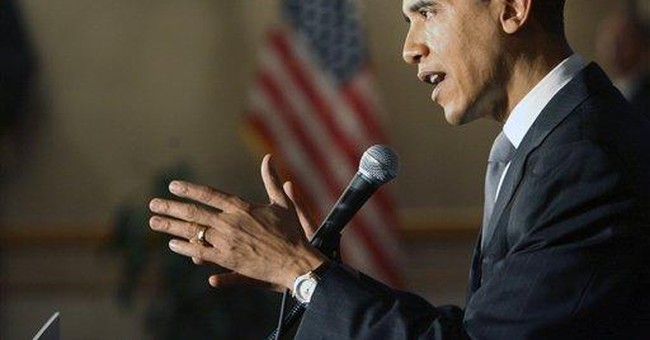 Coverage of Super Tuesday shows how deeply the far-left world view is influencing the media and the entire nation.

This year’s presidential campaign coverage, especially of the Democratic contest, is much more about “identity group” politics – the politics of race, class and gender – than about the candidates’ character, values and policy plans.  Ever wonder why that’s happening?

Twenty years ago, a Marxist Scholars conference in New York City featured a seminar on how to use the classroom to convert students into Marxists.  Covering the event, I was surprised to learn that the radical professors, for the most part, were no longer trying to turn English majors into Molotov cocktail throwers.

As early as the 1920s, many Marxists realized they could never persuade fat, happy capitalists to overthrow their governments, so they concluded they could only create their egalitarian utopia through a nonviolent cultural revolution.  The strategy for this new style of revolution was to get people to reject traditional Western Judeo-Christian values and start thinking like Marxists, even if they would never apply the term to themselves.

In the classroom, the strategy required professors to convince students that America is an evil place desperately in need of change.  Their tactic was to direct students’ attention away from America’s accomplishments and values, such as establishing freedom of speech and religion, and focus instead on America’s flaws and social injustice. Don’t praise George Washington for his sterling character and stunning achievements—condemn him because he owned slaves.  Don’t let students think of themselves as citizens of a great nation, but as members of a victimized class or as potential victimizers.

The seminar speaker, a professor at William Paterson College in New Jersey, urged her fellow travelers to harp continually on “race/class/gender.”  My notes have long since disappeared, so I’ll paraphrase: “Keep talking about race/class/gender, work it into every lecture.  The students may not buy into it during their freshman history surveys, but that’s the way they’ll see the world by the time they’re in my senior thesis class.”

This “America is evil” pedagogy began in the ‘40s, exploded during the ‘60s, and has now come to dominate American university classrooms, including the journalism schools.  If the news coverage of Super Tuesday is any indication, the Marxist agenda has deeply influenced American culture, the media in particular. Reporters are consistently basing their coverage on identity politics rather than the candidates’ character and policy ideas.  Millions of average Americans as well are viewing this election through the prism of race/class/gender and calling for an ill-defined “change.”  Why would people clamor for “change,” not knowing what “change” means, unless they believed the entire system is hopelessly corrupt?  What an opportunity for a demagogue to promise “change,” win the election, and then claim a mandate to enact whatever policies he or she wants, even policies the public would never support.

Missing in this media-wide obsession with demographics and identity groups is coverage of the most important issue in this election:  What do the candidates want to do with the Presidency?    Naturally the networks ought to mention the historical significance of the Clinton and Obama candidacies, but in the end symbolism is less important than ideology, moral values and political agendas.  Where do the candidates plan to lead us?

America is a nation made up of hundreds of racial, national, and religious groups.  We have no common ethnic heritage to bind us together, so we must uphold a common set of civic values or risk being Balkanized.

By focusing so heavily on identity group politics, the media are driving us apart, not bringing us together.  Those Marxist profs must be smiling.