Digging for News vs. Digging out Obama 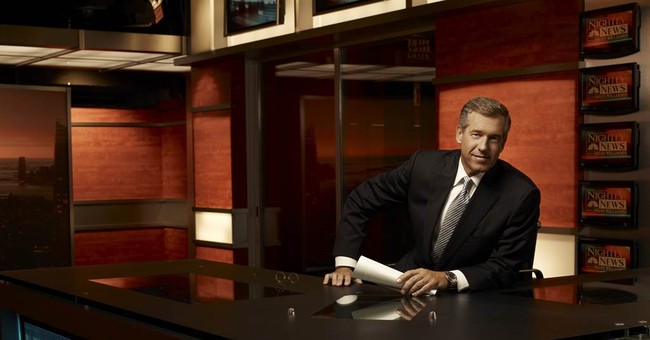 As the Obamacare fiasco deepens and broadens, and one watches the panic enveloping Team Obama, which strategy looks more desperate: Defending the indefensible or savaging critics as somehow responsible for this mess?

The spin control is actually amusing when you consider that it isn't Team Obama trying to influence the media. It's the media doing damage control for Team Obama.

Both the offensive and defensive approaches are being tried at NBC and MSNBC. Even as journalists softly acknowledged that Obama's you-can-keep-your-insurance pledge was a cruel lie, the president's super friend and NBC anchor Brian Williams was all about the damage control.

Obama granted an interview to NBC White House reporter Chuck Todd so that he could speak for long, self-involved paragraphs and stick an apology in there somewhere. To introduce the interview, Williams proclaimed like the town crier: "We are all about to hear the President of the United States apologize and not just for the troubled rollout of this new health care website, but for the fact that his promise ... has not held true for all."

Todd then softened the lie into an "apparent broken promise," which Obama feels really, really bad about. "The president's apparent broken promise about folks keeping the plans they like has been weighing heavily on the entire White House. So it was a chastened commander-in-chief that I spoke with earlier today."

Compare that to 2006. Williams back then had a different tone for President Bush, underlining the notion that Bush's presidency had unraveled: "I think if you asked nine out of 10 historians, (your) high point? Bullhorn, in the rubble of the buildings that came down (on 9/11). Low point: We're standing on it (in New Orleans after Katrina). Is that fair?"

But Todd kept with the protective narrative that he somehow knew Obama didn't mean to lie over and over and over again: "Do you feel like you owe these folks an apology for misleading them? Even if you didn't intentionally do it, but at this point, they (SET ITAL) feel (END ITAL) misled."

Forget the facts. They merely "feel" angry with Obama.

Obama's apology was very limited. Indeed, listening to him, you wonder why he even bothered. "The majority of folks will end up being better off. Of course because the website's not working right, they don't necessarily know it right (now). But even though it's a small percentage of folks who may be disadvantaged, you know, it means a lot to them. And it's scary to them. And I am sorry that they are finding themselves in this situation based on assurances they got from me."

But that shamelessness inspired more shamelessness. The next night on MSNBC, "Hardball" substitute host Michael Smerconish lectured it was others who need to atone: "The facts are that many of the same people that feel betrayed now will be thanking the president later. ... As Republicans revel in the president's comments, we should ask who should offer the real apology here?"

Obama campaign manager David Axelrod -- now on the NBC/MSNBC team -- had tweeted that afternoon "Wonder how many Insurance (companies) that sold junk policies after ACA was signed told customers at purchase that they'd have to eventually switch?"

So it was Evil Insurance Companies.

Ed Schultz picked up that ball and ran with it on his show Monday night: "He's apologizing? That's kind of not how I saw the interview." He saw it like Smerconish.

By contrast, with these prancing peacock networks, CBS News has applied pressure on the president through investigative reporting.

CBS's Sharyl Attkisson spotlighted a government memo that outlined "important security risks discovered in the insurance system. ...The memo said, 'The threat and risk potential to the system is limitless'." Earlier in the month, Attkisson revealed "four days before the launch, the government took an unusual step. It granted itself a waiver to launch the website with a level of uncertainty deemed as a high security risk."

CBS's Major Garrett added, "Three years ago, a trusted Obama health care adviser warned the White House it was losing control of Obamacare. A memo obtained by CBS said strong leadership was missing, and the law's successful implementation was in jeopardy. The warnings were dire and specific and ultimately ignored."

Some networks are obsessively focused on defending Obama, no matter how ridiculous they sound. Others are simply digging and reporting. It should be clear which networks should be skipped by viewers.