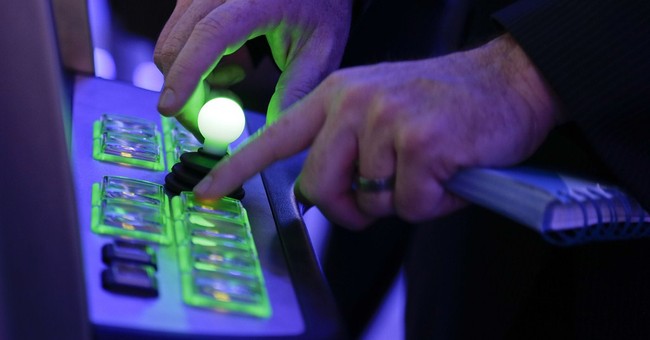 As video games grow ever more violent and realistic, the latest sign of "progress" is the arrival of female characters you can take into combat in the latest version of the war game "Call of Duty."

You may watch a hundred commercials selling this product, but no one tells the audience what's really in it. There's a reason: You'd be shocked.

A panel of young pundits on the gaming website IGN.com recently pondered the question "How does it feel to have a woman get stabbed in the face?"

One young man admitted with a bit of shame that "I'm so, for the lack of a better word, numb to always stabbing dudes in the face" in games. But women? "It is kind of like, wait a second, it does kind of give me pause."

The others on the panel thought he was all wrong. The lone female treated him as if he was lamely holding women's progress back. Another man claimed to see the future: "I've certainly become desensitized to violence in games, violence in movies, violence as a whole. This is just the next step. I wouldn't be surprised if in five or six years, there's going to be kids (inside the war game) in 'Call of Duty.'"

And let's guess: When that happens, the gaming pundits will briefly consider -- and dismiss -- the shock of virtually stabbing children in the face.

It's absolutely necessary that every step in the coarsening of the culture be accompanied by pundits insisting that raising moral objections is the mark of the fuddy-duddy. When the new game "Grand Theft Auto V" was released in September, New York Times reviewer Chris Suellentrop spoke for the "guardians" of pop culture, insisting "as sex and violence have permeated prestige television, the controversies that once surrounded the 'Grand Theft Auto' games have begun to seem like sepia-toned oddities from another age."

Rockstar Games, the makers of the perennially amoral "Grand Theft Auto" series, can claim the high ground of commercial success. Guinness World Records just announced "GTA 5" has smashed six world records, including the highest revenue generated by an entertainment product in 24 hours and the fastest entertainment property to gross a billion dollars. They sold over 11 million copies in its first 24 hours and hit a billion in sales within three days.

"GTA totally deserves to be recognized as an icon of modern British culture," oozed Guinness World Records Editor-in-Chief Craig Glenday. (Add American culture as well.) "Gaming is no longer a niche hobby, as GTA 5 has proved, and how exciting that it's taken on the might of Hollywood and won."

But after the hundreds of ads selling "Grand Theft Auto V," fooled by the news reports gushing about its sales, what do we know about its contents? Again, no one really wants to address what's inside the wrapper.

Suellentrop of the Times explained the plot. It's "still an action game about hoodlums and thieves; we start with an extended bout of cop killing and proceed to a series of increasingly ambitious heists." There are three villains you can choose to become, including "Trevor, an oddly lovable psychopathic meth dealer and gun runner."

Another villain, Michael, announces the game's cynical amorality: "Movies are about telling the same lies over and over again. You know, good beats evil, things happen for a reason, attractive people are interesting."

It's quite obvious this game is going to be opened on Christmas Day by 12-year-old boys, who will then be able to not only (virtually) slice policemen to ribbons but buy and smoke marijuana, snoop on celebrities having sex for a paparazzo, and attend a strip club and buy a lap dance. They can go online and check out the "GTA 5 Prostitutes, Sex, Strip Clubs, and Booty Calls Guide." This inspired Suellentrop's one criticism of Rockstar Games: the women were all sexpots. "One of the only young women in the game not oversexed and under-read is sucked into a jet turbine."

When many of us were young, we could wander the neighborhood for hours unsupervised. Sadly, parents today are too concerned for their children's safety to let them play outside. So many of these children spend these same hours inside playing in a much darker world of techno-mayhem their parents can't even imagine.

Someone somewhere will someday find himself desensitized and numb enough to endlessly stab some girl in the face. And we'll shake our heads wondering what might have been done to prevent it.