Only Propaganda Is 'Good Journalism'? 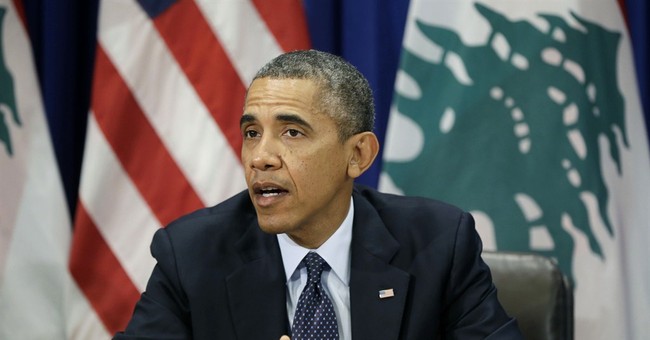 Trending
Why are liberals in so much denial about liberal bias in the news? Why do they think they're bending over backward to be "objective" doing that which Republicans see as partisan activism?

Daniel Froomkin of the Huffington Post -- formerly of The Washington Post -- suggests an answer. He is exactly the kind of liberal agitator in the newsroom who wants every news story to be a blazing editorial. Every reporter must divide the world clearly between Liberal Sense and Conservative Nonsense. His latest article is titled, "Writing a Neutral Story About Something So Heartless As the Food Stamp Vote Is Not Good Journalism."

On Sept. 19, The New York Times reported, "The Republican-led House yesterday voted to make deep cuts to the food stamps program that has kept millions of American families from going hungry since the recession hit, saying its response to growing need was instead a sign of bloat and abuse."

Froomkin argued that attempting objectivity, like quoting awful Republicans, creates horrendous "triangulating mush" that fails to educate voters. The Republican food-stamp vote was for him "a blatantly absurd and cruel move (that) struck me as a good test of whether the Washington press corps could ever bring itself to call things as they so obviously are -- or whether they would check their very good brains at the door and just write triangulating mush that leaves readers to fend for themselves."

Republicans should complain that while the Times story contained spending numbers and quoted both Democrats and Republicans, it contained the usual liberal media bias -- indeed, editorial slant -- in favor of social programs growing by leaps and bounds, forever and ever. But Froomkin was livid at the Times. "Like those at essentially every other mainstream news organization, they wrote it straight. They focused on procedure. They quoted both sides. And they called it a day."

Froomkin characterized Republicans quoted in the Times as either "fabulously disingenuous" or "shockingly dishonest." Froomkin would prefer these fools to be banned entirely from the news pages, unless they were tarred and feathered in print as unhinged extremists. Only that socialist view is the "truth."

Rep. Marlin Stutzman was "fabulously disingenuous" to insist that anti-poverty programs be measured by lifting people out of poverty, not just increasing spending in an era of trillion-dollar deficits. Somehow, he's the irrational one.

But when Republicans talk of dramatic spending increases in a news story, Froomkin faults reporters. He claimed it contrasts "a nonsensical non-argument with a fact and makes it sound like two equal sides." The Democratic "fact" was that the dramatic increase showed "the program was doing its job."

Froomkin is such a censorious Pravda-style writer that he even faulted his own colleagues at The Huffington Post for allowing "a long and utterly disingenuous quote from [Eric] Cantor, left unrebutted."

These are the facts Froomkin thinks are "disingenuous." Since taking office, the Obama administration has more than doubled spending on food stamps. Spending rose from $39 billion in 2008 to a projected $85 billion in 2012. House Republicans just voted to cut $40 billion from food stamps over a 10-year span, which, in federal-budget terms, is a tiny blip, not a "deep cut." The Times story admitted that even with these "cuts," the food stamp program "would cost more than $700 billion over the next 10 years."

The Times also noted that Senate Democrats insisted there would be no "cuts."

Froomkin thought the newspaper accounts should agree with his view that the House vote was "not only an undeniable act of heartlessness, it was also perhaps the ultimate example of how today's increasingly radical and unhinged GOP leadership picks on the poor, coddles the rich, makes thinly veiled appeals to racism and plays time-wasting political games instead of governing."

Froomkin saw some merit in The Washington Post vote on this story, since it suggested conservative racism in pointing out the Census Bureau reports that almost half the food-stamp recipients are black or Hispanic.

"People at the Post are smart enough to realize that the primary political benefit to the GOP of attacking food stamps -- and blaming Obama for the increase in their use -- is that it serves as a dog-whistle, affirming to the base that Republican leaders are against letting shiftless minorities keep taking money out of your (white) pockets. People at the Post are not brave enough to say so, however."

After listening to their Froomkin-esque friends, liberal reporters think they've been painfully objective and dreadfully tolerant of Republican viewpoints. That's one reason the waterfall of liberal bias never stops flowing.