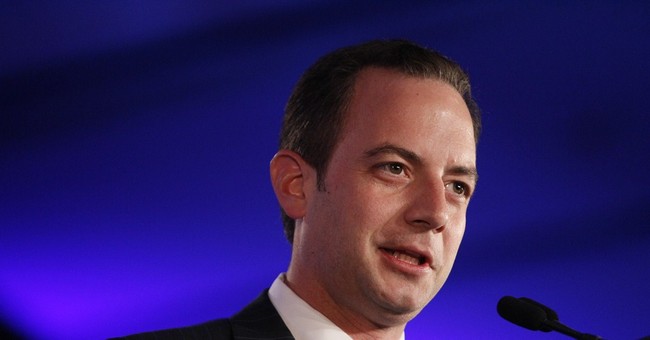 "It's appalling to know executives at major networks like NBC and CNN who have donated to Democrats and Hillary Clinton have taken it upon themselves to be Hillary Clinton's campaign operatives," the RNC chair declared.

"Their actions to promote Secretary Clinton are disturbing and disappointing. I hope Americans will question the credibility of these networks and that NBC and CNN will reconsider their partisan actions and cancel these political ads masked as unbiased entertainment."

CNN's response was especially pompous. Cutting off CNN debates "seems to be the ultimate disservice to voters," they responded. As if CNN anchor John King leading off a debate by prodding Newt Gingrich about his sex life was a vital public service.

NBC protested that NBC News isn't making the docudrama, as if they aren't all in the same liberal boat. Their statement could have read: "We at NBC News are not Clinton puppets. Just because at the behest of President Clinton we hired his daughter Chelsea as a correspondent when she had zero journalistic experience doesn't mean we should be considered in the tank."

That's ABC News for you. Republicans are "rabble," while unwashed Occupy Wall Street activists are the conscience of the country.

The two networks have different plans. CNN has a "CNN Films" subsidiary that farms out political documentaries to "independent" (left-wing) filmmakers. For a Hillary film, they chose leftist Charles Ferguson, who didn't sound "independent" in the CNN press release. "I am very excited to be making a film about Hillary Rodham Clinton, whose fascinating life and work embody so many of America's, and the world's, hopes and challenges."

The "rabble" sees it differently.

NBC is making one of those annoying "docudramas" about Hillary, starring glamorous actress Diane Lane. Their Hollywood folks insisted this project has no script or production plan, so it's "premature to draw any conclusions." Greenblatt and Co. wants all the buzz that comes from announcing a Hillary drama, and none of the blowback about its inevitable political tilt.

It's not "premature" to presume Hillary puff pieces. But it's long overdue for the Republican Party to protest abusive treatment from the national media elite, especially in crucial debates.

It happened again on July 20, in a Virginia gubernatorial debate moderated by "PBS NewsHour" anchor Judy Woodruff. Many of the questions balanced out, but not on the social issues. Woodruff prodded Democrat Terry McAuliffe from the left: "A new poll this week showing 50 percent of Virginians, 55 percent of Virginia women, now favor same-sex marriage. So as governor, would you push to allow gays and lesbians in this state to have the right to marry?" She pushed twice for gay marriage.

For "balance," she then whacked Republican Ken Cuccinelli on abortion from the left: "I want to ask if as governor, you would push for even tougher restrictions, such as those on states like Louisiana, where they include legally defining life as beginning at conception, in other words, effectively prohibiting virtually all abortions. And on contraception! Would you again seek to make several forms, common forms of contraception illegal, as you did several years ago?" Cuccinelli denied doing any such thing.

Woodruff also threw this follow-up at Cuccinelli: "You said several years ago that you believe that same-sex acts are 'against nature' and are 'harmful to society.' Do you still believe that?" The secular media moderators suggest a religious test: No Catholics need apply for public office. In Woodruff's world, government should subsidize contraception and abortion, religious liberty be damned.

Republicans need to go above and beyond and around the "objective" media in their debates. On the occasions when Republicans agree to these "objective" debate moderators, they have to take a page from Newt Gingrich in the last campaign and fight back against their relentless attempts to paint the GOP into some wacky and "extremist" corner.