Neglect at The New York Times 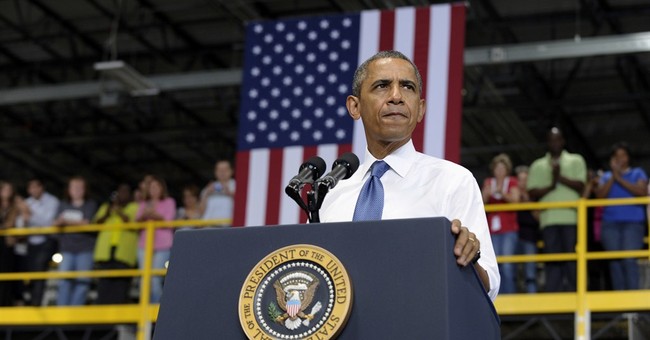 After a long three-year gap since their last exclusive sit-down interview with President Obama, you might think The New York Times would be ready to ask tough questions on the most contentious issues of the day, beginning with the deepening Obama scandals.

Wrong. Instead, the Times defined the "news" in this interview to be Obama's counter-attacks. Their stories focused on Obama's accusations that (a) the Republicans are liars about Obamacare, (b) the Republicans exaggerate the benefits of building the Keystone XL pipeline and (c) the Republicans oppose his use of executive power because he has the "gall to win the presidency."

The national media are faithfully executing their Obama second-term call to preserve and protect his legacy. They are steering clear of any story that might imply that the president has in any way cut an ethical corner or abused his power. More: House Republicans investigating Obama scandals must be viewed as an assembly line for organized character assassination, not congressional oversight.

This is especially true at the Times, which sees the president as a far too special historical figure to get the punishing scrutiny applied to people the Times thinks are slack-jawed country bumpkins, such as Mike Lee, Ted Cruz and Rand Paul. They see Obama as a Jackie Robinson figure, a racial pioneer who endures the angry, spitting fury of the right-wing mobs with great courage and flair.

The tea party apparently deserves punishing investigations by the IRS because their opposition to Obama is clearly based on racism, just like the people who spat on Jackie Robinson. In his interview with the Times, when asked about over-enthusiastic use of executive power, Obama sneered at conservatives. "Some of those folks think I usurp my authority by having the gall to win the presidency. And I don't think that's a secret." He added: "But ultimately, I'm not concerned about their opinions -- very few of them, by the way, are lawyers, much less constitutional lawyers."

Instead of asking one solitary question about scandals, the Times decided it was more important to ask the most obvious question imaginable about Martin Luther King: "March on Washington coming up soon. Are you going to do anything to mark it? Are you planning on being a part of the 50th anniversary?" Why, yes, Obama stressed: "I have a copy of the original program in my office, framed."

Obama's critics on the Left were upset that Times reporters Jackie Calmes and Michael Shear failed to ask about surveillance programs and the Snowden case. They failed to upbraid him about his Justice Department's crackdown on journalists or requiring Bush-trashing/Pulitzer-winning Times colleague James Risen to testify in court. What about drone attacks? These lines of inquiry are reserved for the dreaded warmongering "neoconservatives" of Team Bush.

Obama isn't the only Democrat who is being awarded with feigned ignorance by the Times. The "newspaper of record" looked ridiculous when disgraced former congressman Anthony Weiner was forced to admit he kept right on "sexting" strange women who were not Mrs. Weiner after he resigned and promised to end his creepy online sexual misbehavior with strange women. In April, they published a gooey cover story in The New York Times Magazine titled "Huma and Anthony: The private life of a former power couple."

All three networks picked up that soon-to-unravel Happy News. The author of that cover story, Jonathan Van Meter, sympathetically recalled on NBC that Weiner was "still wracked with a sort of shame and pain and guilt about it, and -- and he cried, I think every time I interviewed him, at some point." But in retrospect, Van Meter claimed when challenged on whether he asked Weiner about a relapse: "Never even occurred to me to ask!"

Was Van Meter that clueless? Even Politico media reporter Dylan Byers, nobody's idea of a right-winger, wrote at the time that Van Meter "seems not only sympathetic to Weiner, but uncritical and unquestioning." But it's also very likely that the Times editors ordered and expected a Weiner-on-the-rebound piece, and it made no sense to resist that template. The face-omelet of embarrassment should be theirs, as well.

Both of these storylines reveal that just as the Times tried to move mountains to ruin President Bush, they are also rabidly partisan in seeing themselves as life preservers for Democrats. Why anyone would see this as a "prestige" newspaper while its news coverage careens wildly from abuse to neglect is a mystery.