Hookers and Sex Slaves ... and Laughs? 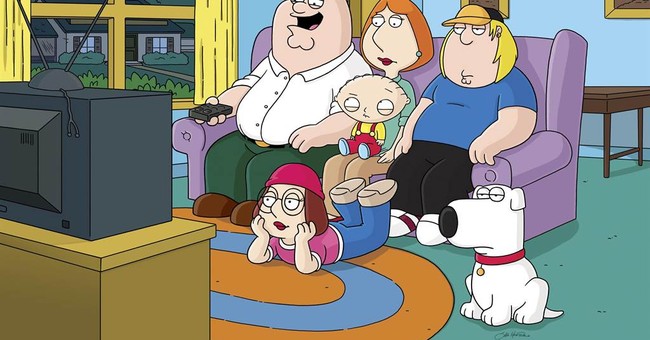 Today's children live and breathe in a popular culture that teaches them to accept the worst kinds of sexual exploitation and violence as a normal part of life.

They're even encouraged to laugh at the idea.

The Parents Television Council has issued a new report on "TV's Newest Target: Teen Sexual Exploitation." Out of 238 scripted episodes that aired during the study period in 2011 and 2012, 150 episodes (63 percent) contained sexual content in scenes that were associated with females and 33 percent of the episodes contained sexual content that rose to the level of sexual exploitation.

Sometimes the "humor" wasn't age-specific. On the now mercifully cancelled NBC sitcom "Whitney," a former cop named Mark tells an engaged couple how they should handle their inevitably excessive bachelor and bachelorette parties.

"There is such a thing as a get-out-of-jail-free card. Just in case you find yourself in a dead hooker situation." Lily (the bride-to-be) wisecracked back: "You know, Mark, we've been talking about it in couples therapy, and I think Neal's done killing hookers." Neal (the groom-to-be) added: "For now."

It's bad enough that network sitcoms would highlight prostitutes by making them plot points on broadcast television. But Hollywood's scowling mean-spiritedness and hatred for human dignity just always has to grow fouler. Now even the prospect of killing prostitutes at a bachelor party is considered a punch line. What kind of human being pushes the laugh-track button for that?

To mock teenaged girls, a routine source of sick humor is anything Seth MacFarlane touches on his Sunday night Fox cartoons. The May 6, 2012 edition of "Family Guy" made all its usual mean-spirited fun of Meg, the ugly-duckling daughter of the Griffin family. During a high school semester in Paris, Meg is abducted and is auctioned as a sex slave. The announcer says, "This girl is perfect is you want to buy a sex slave but don't want to spend sex-slave money."

"Family Guy" writers really seem to hate the Meg character, and even TV critics have objected to that trend. Teenaged fanatics of "Family Guy" could easily internalize the message that the ugly girls deserve whatever they get, and when their lives go seriously wrong, it's funny.

A recent episode of MacFarlane's "American Dad" also mocked sex with prostitutes. Try to follow this bizarre plot if you can. Klaus, the family's talking goldfish, somehow switches bodies with Stan, the lead character. Klaus-in-Stan's-body decides to "really take this body for a test drive." He starts by finding a sickly looking prostitute in a back alley. He hands her money, and she tries to hand him a condom. He shakes his head no and hands her more money. They head off-screen together.

Later, Stan protests what Klaus did while he'd entered his body. "He -- I -- did horrible things. I lost several virginities last night. He abused me. He did drugs; he had sex; he paid a woman to pee on my body. He beat up a cop and then somehow paid off the cop and then he peed on me, too."

Degrading your body to the point of being a paying recipient of urination by a hooker and a cop? That's your average Sunday night on Fox television.

The vast American majority has never seen the twisted comedy plots that are described here. Successful shows capture a small minority of the country.

But it's shows like MacFarlane's that are watched heavily by young people, and become the lunchroom patter the next day at colleges, high schools and even middle schools.

Cultural pollution is real. Associating humor with topics like rape, child molestation, prostitution and sex trafficking means our society is getting increasingly sicker, and the most infected part of the population are the children who watch a lot of degrading television and play a lot of degrading video games and listen to a lot of degrading music.

In the end, our whole society is degraded.