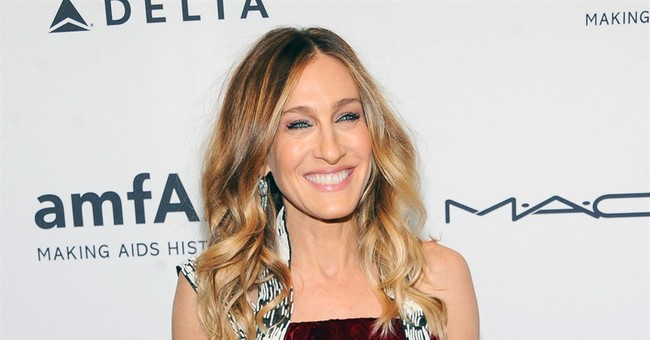 Trending
The annual network list of canceled primetime shows cannot be pleasing to the progressives who measure shows based on their cultural and political usefulness. "TV Will Be a Lot Less Gay Next Year," the commissars complained at Slate.com. They counted 11 canceled shows that featured regular gay characters.

That bothersome thing called the market: why must it get in the way!

CBS's gay sitcom "Partners" lasted six episodes and was canceled shortly after Barack Obama's victory. NBC's "Smash" only featured four regular gay characters, but it couldn't keep anyone watching. The most prominent victim was "The New Normal," Ryan Murphy's NBC sitcom credited by many leftists with paving the way for America's growing support for the gay agenda -- and helping with Obama's reelection.

Sharon Waxman at TheWrap.com put it this way on the morning after the election: "Overall, the affirmation of liberal values in this election is remarkable. ... You cannot ignore the result this morning: that the United States looks more tolerant, more diverse and more like the new normal -- as in 'The New Normal' -- than it did the day before."

Anyone who would suggest this country looks anything like this trumped-up stick-figure sitcom must live in a very strange universe.

On June 6, 2012 -- just a month after NBC picked up Murphy's show - President Obama hit several lucrative "LGBT" fundraisers in Hollywood, including one at the home of Ryan Murphy and his "fiance" David Miller. It was a $25,000-per-person event that included celebrity attendees Julia Roberts, Reese Witherspoon and "Glee" star Jane Lynch.

Murphy is in bed with Obama, as it were. Murphy even made an episode called "Obama Mama," which TV critics found quite slanted in favor of Obama. (Ya think?) Conservative views were expressed by Ellen Barkin's character -- the mother of the pregnant surrogate hired by the two gay male lead characters -- who was described as "a staunchly Republican real estate agent prone to making outrageously racist and homophobic statements." This anti-conservative defamation is a Hollywood specialty. Maybe the audience has grown tired of it, finally.

The Gay and Lesbian Alliance Against Defamation gave Murphy two of its "GLAAD Media Awards" last month. In presenting the award, gay actor Matt Bomer honored Murphy as Hollywood's top "tolerance" lobbyist, a specialist in "conversations" -- in other words, stilted dialogues between compassionate gays and stupid conservatives that are always designed to result in "progress" for liberalism.

"When these topics are grounded in compassion, humor and understanding, it can spark a conversation and not always, but sometimes, that conversation can dissolve ignorance," Bomer declared. Traditional religion equals ignorance. Dissolve your Bible.

Murphy gave credit to his NBC bosses Robert Greenblatt and Jennifer Salke for sharing his propaganda dreams: "The lowest-testing scene in the pilot was the makeout session in bed between Bryan and David. I remember not being worried about it, but wondering what the executives would say. Bob and Jennifer both said to me 'Forget about it, it's a beautiful scene. It will change people's hearts and minds, so keep it in.'"

Comcast/NBC's one-and-done season of "The New Normal" suggests it was perfectly timed propaganda. The brass were very quick to grant this show an order for a full season of episodes -- on Oct. 2, after only four shows had aired, and the ratings weren't dynamite. When they canceled, it came with hopes no one would really notice amid the flood of other axed shows.

In the wake of these cancellations, GLAAD culture cop Wilson Cruz sounded the "diversity" alarm: "The sheer number of characters who will no longer be on the air means diversity on television is once again at risk," he said. "These cancellations mean networks have to make a concerted effort to ensure the 2013-2014 season truly reflects the diversity of their audience. With inclusive programs like 'Modern Family' and 'Glee' continuing to lead the ratings and collect praise from critics, it's in a network's best interest."

With Murphy's aura on the wane, all the hope for progressive propagandists now shifts to ABC's "Modern Family." TV Guide just put the show on a list of the top ten comedies in television history. The ACLU is now running a campaign to push for a big gay wedding for characters Cam and Mitch.

"The freedom to marry is being advanced in American living rooms as much as in court rooms," proclaimed ACLU boss Anthony Romero. "As we wait for the Supreme Court to rule, we want to keep this issue on the minds and screens of Americans everywhere."

Remember this idea that massive political change comes from primetime programming when the Hollywood executives try to argue that massive sex, violence and profanity on TV has no influence on coarsening the popular culture. They can't play dumb any better than President Obama is doing right now.