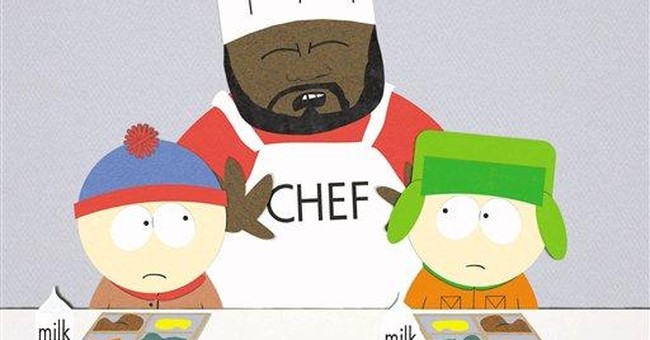 Rock stars are rarely controversial for acting like rock stars. A decadent lifestyle of sex, drugs and alcohol abuse are the expected menu. In our upside-down popular culture, rock stars create controversy only when they advocate an alternative lifestyle -- when they wear purity rings and abstain from sex until marriage.

Some dream of being rock stars just for the selfish fantasy of organizing an assembly line of casual sex partners. In the minds of those with no moral brake on their sex drive, rock stars favoring abstinence are wasting a national resource, akin to monks pledging a vow of poverty while living inside a gold mine.

Last September, the Disney-boosted teen rockers known as the Jonas Brothers were a rich target for mockery at the MTV Video Music Awards for their purity rings. The emcee, a British comedian named Russell Brand, sneered that the Jonas Brothers were "a little bit ungrateful because they could have sex with any woman they want. That is like Superman deciding not to fly and go everywhere on a bus." Tee-hee, and all that.

Six months later, the sleazy Comedy Central cartoon "South Park" picked up where MTV left off, beginning their 13th season of imbecility on March 11 with an entire episode mocking purity rings and the Jonas Brothers. Comedy Central liked it so much that they replayed it weeknight after weeknight.

But before we get to that treat, there's this. On March 14, just three days after "South Park" resurfaced from the muck, Brand was interviewed on National Public Radio about his new memoir about his sadly debauched upbringing. It was shocking. Six months after leading the MTV charge, Brand suddenly attacked media corporations for commodifying sex to an extreme: "You know, food is not sold to us through necessity any longer, and sex isn't presented to us as a necessity, but more as a lifestyle. And I think the constant stimulation of these biological needs can lead to these sort of excessive, compulsive behaviors."

Brand, who had giggled in front of MTV's spotlights at anyone who'd tell a teenager that sex can wait, spent time in rehab for sex addiction. He told NPR that he was brought up by a sickly single mother, and his father was nothing but dysfunctional: "Yeah, when I was a teenager, I went to the Far East with my dad. And my dad himself was fatherless and didn't necessarily know how to bring up a teenager. And you know, we did end up visiting sort of brothels and things like that. I think that was just, in a way, his manner of communicating."

By contrast, the Jonas Brothers have a father who is a Christian minister. But in today's culture, fathers who teach their sons to love their religious faith and to restrain themselves are setting their boys up for massive ridicule. Fathers who would take their teenagers to Asian brothels as a "manner of communicating" are apparently the role models for Comedy Central and MTV. There is certainly no laughing at the end result of that road.

But for Trey Parker and Matt Stone, the perennial ninth graders behind "South Park," everything is a sick joke, especially abstinence until marriage. To them, no one could seriously advocate that position and live by it. In their typical crayon-scribble plot, the Jonas Brothers wore purity rings only as a corporate scam run by Disney, so they could "sell sex" to pre-pubescent grade-school girls. The dictatorial CEO of Disney was of course, Mickey Mouse, who screamed profanities and beat up one of the Jonas boys until his nose bled for threatening not to make the purity-ring pitch.

Our "heroes" from South Park eventually exposed Mickey Mouse and his plot, turning up the microphone at the concert hall as Mickey sneered backstage that he makes money when little girls are sexually aroused, and "little girls are f---ing stupid. The purity rings make it OK for me to do whatever I want! Even the Christians are too f---ing stupid to figure out I'm selling sex to their daughters. I've made billions off Christian ignorance for decades now. And do you know why? Because Christians are retarded. They believe in a talking dead guy."

Since Mickey was defeated, "South Park" producers might try to argue the uptight Christians somehow won in this defeat of cynical, purity-exploiting Disney. But once again, it's quite clear that the people who think that the little girls and the Jonas Brothers and the purity-ring promoters and the Christians are idiots are the "South Park" crowd and their backers at Comedy Central. No matter how much they try to shift the blame, they are the profanity-spewing corporate rats who profit every time children are corrupted.