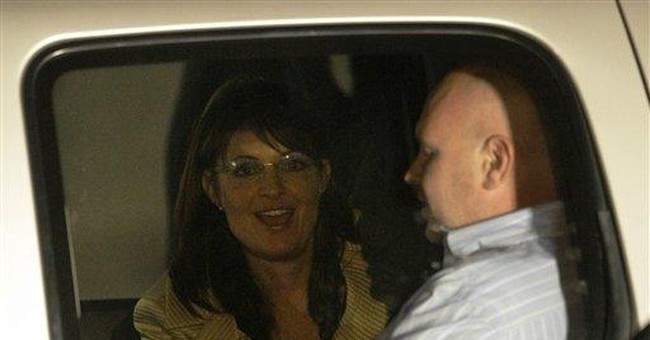 When MSNBC's Chris Matthews suggested in Denver that Barack Obama earned his present elevation in American politics, unlike "showcase appointments" like Colin Powell and Condoleezza Rice, he reminded the world of the peculiarity of liberalism. John McCain's selection of Gov. Sarah Palin as his running mate underlined it. Liberals find no joy when Republicans select women or minorities for top positions. They are all fraudulent traitors to their own apparent group interests. Conservative blacks aren't really black. Conservative Latinos aren't really Latino. Now, conservative women are somehow not really women.

Newsweek's Eleanor Clift spoke for her colleagues on the Palin selection: "If the media reaction is anything, it's been literally laughter in many places ... In very, very many newsrooms."

This principle -- that hell hath no fury like a liberal who's been insulted by a conservative not sticking to white male appointments -- explains why President Bush successfully placed two white men on the Supreme Court. Only picking Harriet Miers was outrageous (although her capacity for the job was clearly an issue). Bush saw how upset the Left became when Clarence Thomas was nominated. John McCain could have played safe. He chose to mix things up and pick a woman who matched his tendency to mix things up.

That decision led inexorably to a big, fat Exhibit A of media bias. The media's treatment of Palin was nothing like their approval for Joe Biden, Obama's running mate, the week before. The Washington Post called the Biden selection an "infusion of experience and aggressiveness," and he was "a sharp-witted and energetic foreign policy expert." There was no mention that Biden was a liberal, or that while National Journal found Obama to be the most liberal senator in 2007, Biden came in close behind in third place.

Next came Exhibit B. The media didn't simply slam Gov. Palin as a conservative, they went intensely ugly and personal. CNN's John Roberts quickly suggested she might be a crummy mother: "There's also this issue that on April 18, she gave birth to a baby with Down's syndrome. ... Children with Down's syndrome require an awful lot of attention. The role of vice president, it seems to me, would take up an awful lot of her time, and it raises the issue of how much time will she have to dedicate to her newborn child?"

Then came the media's heavy rush to cover the news that Palin's 17-year-old daughter Bristol was pregnant, and would keep the baby and marry the father. Once again, ABC led the media insult machine. They called the baby a "skeleton in the closet," a strange term for an unborn child, a "bombshell" cynically timed to explode on the day Hurricane Gustav swept ashore. The story emerged in reaction to the left-wing blogsite Daily Kos circulating the incredibly disgusting and wholly inaccurate smear that Gov. Palin somehow faked her latest pregnancy to cover for her daughter's supposed motherhood of her disabled son.

ABC and CNN also used the Bristol news to lecture the Republicans about their hypocrisy on sex education in high schools, wildly presuming Gov. Palin's daughter didn't know how babies were made. The agenda seemed clear: Keep Palin constantly under attack, and suggest perhaps McCain should just dump her and go find someone else for the media to brutalize.

John McCain made a bold choice in not merely picking a woman, but picking a pro-life woman courageous enough to put her motherhood where her mouth is. Now the media want him to pay dearly for it. The idea that they would lecture anyone else about rumor-mongering or "Swift-boating" ought to be laughed off the public stage.