The Fall Season in TV Legislation 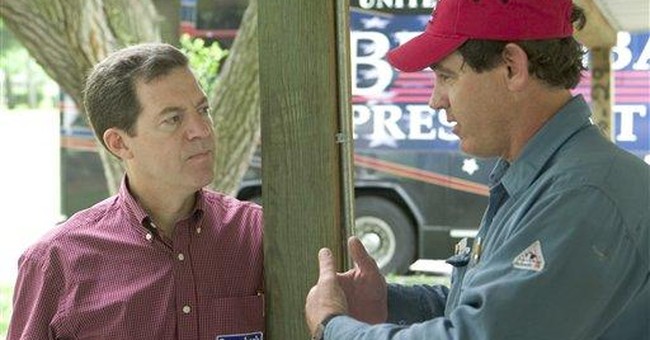 This fall, just in time for a slate of new TV shows sure to insult the tastes of millions of viewers, watch for congressional action on a list of potential new television legislation circulating on Capitol Hill to address the public's outrage.

The fastest-moving item is a congressional fix for the bizarre Second Circuit court ruling that the networks can't be fined by the Federal Communications Commission for fleeting profanities, since expecting TV executives to employ their own seven-second delay system is supposedly "arbitrary and capricious" regulating, and never mind that a) that is the only reason for which to have a delay, and b) it is the "technology" solution the industry claims makes federal intervention unnecessary. Sen. Jay Rockefeller has swept this bill through the Senate Commerce committee and analysts expect it to pass soon after Congress returns from the August recess. A similar version in the House, sponsored by Rep. Chip Pickering (R-Miss.) should follow.

In the Senate, a key player in advancing this remedy for the "accidental" deployment of F-words and S-words is Sen. Sam Brownback, a Republican presidential contender. (An aside: Why is it that until just a few years ago, Hollywood had no problems with these "accidents"?) A few weeks back in the Senate Appropriations Committee's consideration of a financial-services bill, Brownback attempted to add an amendment tightening up the rules on the drive-by expletives.

Brownback was denounced for his impertinence. In a letter to Senate Appropriations Chairman Robert Byrd, Chamber of Commerce lobbyist R. Bruce Josten blasted Brownback for mucking up the bill for his business buddies. Josten wrote Byrd that it would not only be unfair to fine a network for the "random utterance" of curse words (that's why they buy that seven-second delay technology). He claimed it would constitute "government intervention where there is not a market failure." In other words, government ought not to intrude where a free market solution will suffice, but when private industry willfully refuses to employ that solution it ought not to be viewed as a market failure. It's not exactly sterling logic, nor is it meant to be. It's just more spin, more fog coming from a pampered, wholly irresponsible industry and their hired guns in the broadcasters lobby.

Brownback, whose presidential campaign could have used a boost among the fed-up American people, was denied his prize by the Appropriations crowd. But Rockefeller's bill moves the same idea. Both of these men are owed a debt of gratitude for standing up to the hired guns of Tinseltown and their bullying tactics.

There are other bills in the works. Congressman Dan Lipinski of Chicago is sponsoring a bill pushing to give parents the right to "cable choice," allowing them the right to choose not to subsidize smutty or ultraviolent cable networks like MTV or FX. This version of the bill is picking up prominent sponsors, from leading House conservative Mike Pence to freshman Democrat Heath Shuler, one of those touted Southern moderates.

With each passing day, "cable choice" looks evermore likely as the ultimate solution on that medium. Over on satellite radio, the folks behind the proposed Sirius/XM merger have proposed their own version of consumer choice. If satellite radio can do it, so too can cable TV. Consumers deserve more freedom of choice, and they deserved it long ago.

More? Sen. Mark Pryor of Arkansas is proposing an interesting bill that pushes the FCC to look harder into the next generation of content-blocking devices for parents across all media platforms, from TV to the Internet to wireless communications. Since the Telecommunications Act passed in 1996, the FCC is supposed to keep its eye on emerging new technologies, but Sen. Pryor hopes to "light a fire" under the FCC on this matter.

As is to be expected, advocates of unlimited sleaze across all media platforms are fussing. Libertarian policy wonk Adam Thierer at the Progress and Freedom Foundation is waving the usual red flags, saying there is no sign of -- there's that phrase again -- "market failure" on blocking technologies that Hollywood refuses to employ correctly (the ratings system) or virtually at all (the time delay).

But there seem always to be room for one more silly argument from this camp. "It is unrealistic to expect all new consumer media devices to employ alternative blocking schemes," he now says.

To say that Hollywood's apologists are running out of gas is an understatement. All they have left is hot air.