Maybe We Are in Oz 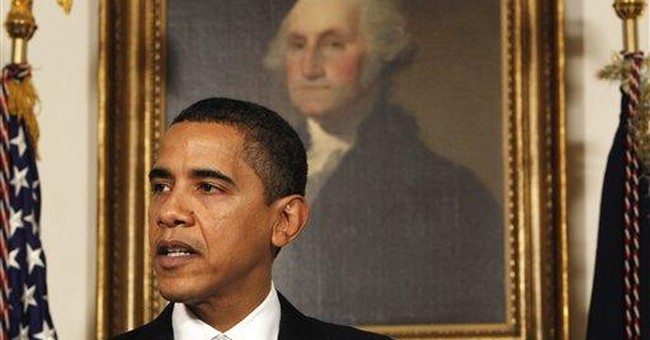 My wife and I were driving to dinner the other evening when a mini-van pulled beside us at a traffic light. It was dark and there was a “glow” emanating through the side windows. The kids were locked tightly in their car seats and their eyes were glued to the drop down TV screen above their heads. I craned my neck to see what the munchkins were watching and—lo and behold!—they were watching munchkins! I was shocked that children with so many entertainment options available to them were watching the old classic, “The Wizard of Oz”! My twisted mind began rerunning some of the scenes from the movie. Then I had a really strange thought: maybe we’re in Oz. And maybe that’s good!

The climax of the movie is both the best part and the worst part: Dorothy and her friends are convinced that all their problems will be solved if they can just make their way to the wonderful Wizard. He can solve problems of the heart, mind, emotions and body—or so they were told. One trial leads to another, but finally they find the Emerald City where the Wizard lives. Their trials are almost over, their dreams will soon come to pass—the wizard will fix it all. Well, you know the story. In a very short matter of time they discover the Wizard is a total fraud. All hope is lost—or is it? There is a happy ending, but not because of the Wizard’s magical powers.

You know what? I think we really are in Oz.

During the last election campaign we heard a cacophony of voices crying “hope is coming”, “change is coming,” “hang on, help is on the way,” and the loud cheers of, “yes, we can!” America was led to believe that the answer to all of our problems was just an election away. No matter what your problem, no matter what your need—the wonderful One would grant your every wish and fulfill your every dream. Well, we’ve arrived at the Emerald City and in just a few weeks we have already discovered that the man behind the curtain may not be all he claimed to be.

We were promised a new era of integrity in government. We’ve already received a steady stream of scandal. We were promised unprecedented openness and transparency; we’ve received secret Executive Orders. We were promised porkless fiscal responsibility; we’ve received the biggest spending scheme in American history filled with earmarks and political paybacks. Since the inauguration, the stock market has increased its rate of plunge. The auto industry is even closer to collapse. More banks have been placed on the possible failure list, unemployment has increased, the rate of company closings has increased and more states are on the verge of financial collapse (especially Kansas).

We were promised a new era of peace; violence is up in both Iraq and Afghanistan. The man behind the curtain is not the Wonderful Wizard America expected. To be fair, the new president cannot be blamed for all of this—but we were led to believe that, as soon as the election was over, things would begin to get better. We’re seeing the opposite. The Wonderful Wizard is not so wonderful—and that is only beginning!

In the movie, the worst discovery becomes the best discovery that ultimately led to the happy ending and the realization that “There’s no place like home.” Personally, I’m very optimistic about the future and here’s why. Here’s what could happen as the curtain is pulled away.

· Americans might begin to see that government is not the answer to all of their problems. The era of big government could actually come to an end as it is exposed as a total fraud. This will not happen without a whole lot of pain, however. Overcoming the addiction will not be easy.

· Local churches might begin to actually accept their God-given role in their communities. Likewise, individuals might actually turn to God rather than government in times of crisis.

· Some of the unscrupulous television preachers might have their endless stream of income interrupted and their unbalanced “prosperity Gospel” exposed as the false doctrine that it is. Result? More of God’s people supporting their local church—that actually cares for people and their needs rather than building a kingdom of castles and cars.

· The pulpits of America may actually start to preach the whole truth of scripture again rather than feel-good, positive pabulum designed to flatter without convicting. The focus could actually turn from amassing crowds to building congregations. Pastors could actually realize that it is more important to preach what is needed than what is wanted. Instead of “tickling ears” the emphasis could move to changing hearts. Mile-wide and inch-deep churches could actually discover that in times of crisis, people need a foundation built on a Rock—not sermonettes for Christianettes. Cute sayings, cool programs and great coffee might be supplanted by an emphasis on sound doctrine. Bible stories might actually become as important in sermons as movie clips. Bible characters might become as familiar as movie stars.

· The new “Evangelical Left” that has convinced thousands that life issues and marriage are no longer spiritual values could face a quick demise. The romance between these so called Evangelicals and the political left could be exposed for what it was—nothing more than a Trojan Horse that delivered thousands of well-meaning, sincere Christians into the hands of those willing to sacrifice the issues of life, marriage and family while speaking in high and lofty tones about social justice and the poor. As the Wizard and his spiritual advisors reveal their determination to increase their assault on the family and the unborn, those who still possess a conscience could come to their senses and see what was behind the curtain all along. It was not about the poor, or justice—it was about power. And the family and the unborn and the poor would become their victims.

In the movie, Dorothy did not make it back home until the Wizard was exposed and all seemed hopeless. Issues of the heart, courage, mind and home were dealt with in a wonderful and heart-warming way, but not by the Wizard.

Today, those trusting in government need to pull back the curtain. America and America’s churches need to come home. Home for America is the Constitution. Home for the Church is the Bible.