Sticking Pittsburgh With the G-20 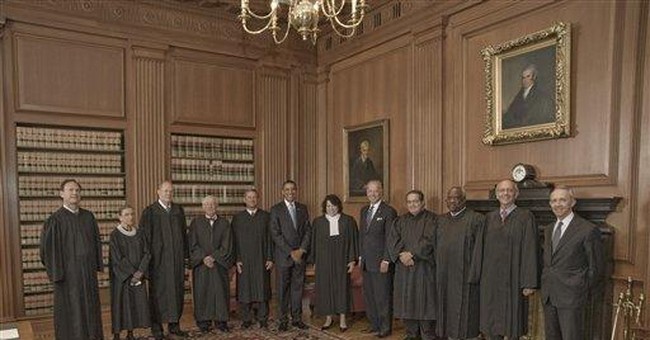 We Pittsburghers sincerely hope you enjoy your visit to our beautiful city later this week, when you'll be chairing the exciting G-20 Summit that you so thoughtfully chose our city to host without finding out whether we could handle it or afford it.

But please, Mr. President, don't think that the chaotic and barricaded and over-policed city you will see is anything like the real Pittsburgh we know and love.

The summit of finance ministers and central bankers from the world's top 20 economies will be held Thursday and Friday in downtown Pittsburgh's "Golden Triangle," the wedge of skyscrapers and priceless old office buildings that sits between the Allegheny and Monongahela rivers as they meet to form the Ohio River.

Usually, Mr. President, downtown Pittsburgh's streets and sidewalks are quiet and peaceful, as in almost dead and without life.

It's certainly not a regular tourist destination for protestors and anarchists from around the world like the ones who, thanks to you, are expected here in the tens of thousands to express their unhappiness with the global economy by disrupting our city and breaking as many windows as they can.

Usually our downtown is not sealed off from traffic and pedestrians like the Green Zone in Baghdad or guarded by 3,000 police in riot gear, as it will be Wednesday evening through Friday. And usually we don't have to show our ID at barricades when we go downtown to work.

We're grateful that federal taxpayers will pick up most of the $20 million-plus tab for extra security personnel. But we hope you didn't pick us to host the G-20 because you think we could afford it or because you really believe, as you recently said, that Pittsburgh is "a bold example of how to create new jobs and industries while transitioning to a 21st century economy."

That sounds sweet to local boosters' ears, Mr. President. But it's not really what Pittsburgh is. In the real world, Mr. President, this city is what urbanologists and economists technically refer to as "a basket case."

Its unemployment rate and housing foreclosures are lower than the national average, it's true. And its famously low-low housing prices are stable to slightly rising. But it's all relative.

Much of the rest of the country is in a deep recession after having a crazy housing-driven boom. Pittsburgh's "eds & meds" economy isn't booming or busting: it's stuck in the same stagnant-to-slowly-growing mini-recession we've been in since we pioneered deindustrialization in the 1970s.

The city you chose to host the G-20, Mr. President, is in fact bankrupt and in state receivership because of decades of chronic mismanagement, stupidity and generous pension deals that previous generations of political hacks promised their employees but couldn't pay for.

For at least the last 30 years, Pittsburgh's power brokers have wasted billions of federal and state tax money on a series of destructive urban renewal schemes, redevelopment boondoggles and wasteful mass-transit projects.

Almost everything new and shiny that you and Michelle will see in downtown Pittsburgh or on its riverbanks was built with government money or millions in taxpayer subsidies - whether it was PNC Financial Service's almost completed downtown skyscraper or the new homes of the Pirates, Steelers and (soon) the Penguins.

That kind of government intervention may not bother you and your crew of czars. But if you and Michelle get a chance to stroll around downtown this week, look for the big hole in the street in front of Fifth Avenue Place. You can hardly miss it.

That hole - part of a construction site that has ripped up parts of downtown for several years -- symbolizes everything that's wrong with Pittsburgh.

It is the downtown end of the infamous North Shore Connector, a 1.2-mile transit tunnel that was built under the Allegheny River to where the pro baseball and football palaces are. We un-affectionately call it our "Tunnel to Nowhere."

Our wise Democrat and Republican politicians, 1960's-era planners and mass-transit apologists thought the tunnel would be a swell way to waste at least $600 million in "free" federal and state money to carry fewer than 10,000 humans a day back and forth across (under) the river.

There is much more evidence of City Hall's clumsy handiwork around downtown, Mr. President, but it's time to end this note with a simple request. Next time you're looking to "honor" a city with a G-20 summit, pick Chicago.