Bringing John Adams Back To Life 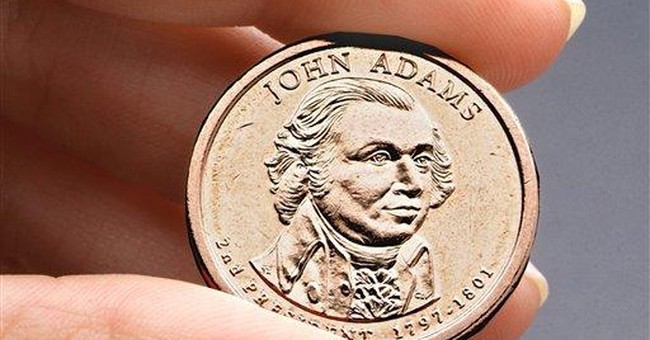 Wait till you see the tar-and-feathering scene in HBO's "John Adams."

Wait till you see an ugly mob of Bostonians grab a British taxman, strip him naked, pour a caldron of hot pine tar over his head, plaster him with chicken feathers and carry him around on a rail like a prized trophy.

You won't likely forget it, no matter how inured you are to Hollywood's fake violence and graphic gore.

The brutal tar-and-feathering is the most memorable scene of many in the first episode of HBO's seven-part miniseries on the life of John Adams, which debuts tonight at 8 and is followed immediately by episode two.

Though terrifying, the scene of vigilante injustice is typical of how well the makers of "John Adams" have succeeded in their goal of capturing the reality of Revolutionary Colonial America and beaming it into our modern living rooms.

Co-produced by Tom Hanks, "John Adams" is based on historian David McCullough's 2001 best-selling biography of the same name and stars Paul Giamatti as John and Laura Linney as Abigail Adams.

HBO spent $100 million and nine hours to slowly show and tell us how lawyer John Adams evolved into a driving intellectual and political force in America's founding and framing and then went on to become its first vice president and second president.

Hollywood is infamous for having done terrible injustices to historical truth. But based on a preview of tonight's opening episodes, "John Adams" is better than almost anything we're ever going to get from Tinsel Town.

At least if you're interested in quality, intelligence, historical accuracy and serious political ideas.

Historian McCullough wasn't blowing PR smoke when he told the Trib last month how pleased he was with the quality and historical integrity of HBO's production, most of which was shot on location in and around Colonial Williamsburg in Virginia.

The rough reality of 18th-century America that McCullough hoped to capture on film is presented with religious consistency -- from the cold, spare interiors of Colonial homes to the graphic horrors of a smallpox epidemic.

As for absolute historical and political truth, who really knows? It's a docudrama.

In episode one, we see lawyer Adams risk his livelihood and stand up for the rule of law to defend the British officers who killed five at the Boston Massacre.

We also see him speak eloquently at the Continental Congress of the natural rights of all men -- not just princes and kings -- and lead the call for quick and complete independence from Britain.

But is Giamatti's John really as vain, arrogant and unlikable as the real "Colossus of Independence" was?

Will we see an accurate portrayal of President Adams' now-politically incorrect dislike of democracy, his signing of the Alien and Sedition acts or his attacks on press freedom?

Has Linney's Abigail had her considerable political influence over her husband exaggerated for dramatic or contemporary political reasons?

Who really knows? It's a docudrama.

"John Adams" is not perfect. But Hanks, HBO and McCullough deserve great credit for taking the highest, classiest road to telling history.

The trio already is busy turning McCullough's "1776" best-seller into a miniseries. If they tell us the story of that miraculous year -- and do for statuesque George Washington what they have done for tubby John Adams -- the American living room will be a much better, smarter place.