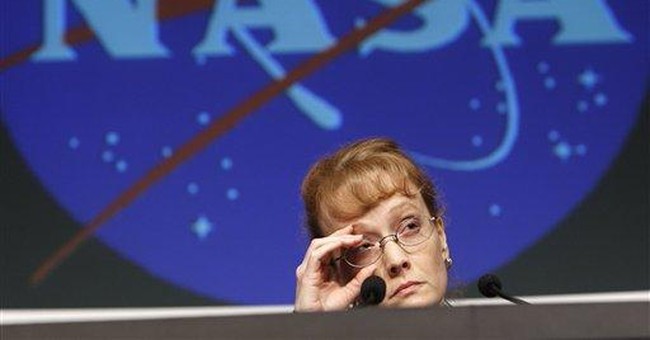 Big things happen when you’re discovered by the Drudge Report.

Ask Anthony Watts. He’s the veteran meteorologist from Chico, Calif., who was featured in the June 17 edition of this column because of his project to quality-check the 1,221 official weather stations used to take the country's average surface temperature.

In the hours after DrudgeReport.com posted The Pittsburgh Tribune’s "scoop" about Watts, his Web site Watt’s Up With That? was visited by 20,000 people. Normally it gets 3,000 hits a month, which is why he had to shut it down.

Fox News, Rush Limbaugh and Sean Hannity subsequently did pieces on Watts' project, which is not looked upon warmly by climate-change alarmists. Predictably, the liberal media ignored Watts.

Things are calmer now for Watts, who said Tuesday he’s making steady progress in building an Internet database that includes every one of the 1,221 small weather stations, which were handpicked by the National Oceanic & Atmospheric Administration for their reliability and because they have been in roughly the same places for at least 100 years.

Watts believes, logically, that if the stations are not set up according to NOAA specs -- i.e., if they are not on grass, 100 feet from buildings and not sitting on hot asphalt or near air-conditioning exhaust vents -- their readings are likely to be biased toward higher temperatures.

Watts and his volunteers have now surveyed about 227 weather stations. A recent discovery: Many are sited at water sewage treatment plants, which Watts described as "giant heat bubbles."

A responsible scientist, Watts won't draw any conclusions from his research yet. But one top climate scientist -- NASA’s James Hansen, the patron saint of the apocalyptic global warming movement -- apparently doesn't think Watts' dogged pursuit of scientific certainty matters much.

I asked Hansen by e-mail last week “How important is the data from these (1,221 ground) weather stations in your climate modeling?”

“It has no effect on modeling,” Hansen replied. “Of course we compare modeling results with observed temperatures. But the observational analysis is based mainly on measurements at places remote from human influence.

“The large observed warming’s are in remote regions, e.g., the Arctic, Siberia, Canada -- the warming is clearly real, as verified in many different ways, as described in our papers. At any given station there can be significant problems, but the uncertainty in global temperature change is rather small.”

I also asked Hansen if he was confident that these weather stations were "providing accurate/reliable temperature readings or readings that can be accurately tweaked/adjusted to take into account any heat-island effects or poor site placements.”

“We have enough reliable stations to get a reliable temperature change for the U.S., which covers only 2 percent of the globe,” Hansen answered.

Noting that Watts has found many sites whose readings are clearly compromised, I asked Hansen if that concerned him “about the long-term reliability of the temperature readings.”

Watts had a similar but more scientifically nuanced e-mail exchange in June with a top NASA researcher who told him -- in a rather officious and cold way -- that temperature data from NOAA ground stations is not used "in" its climate modeling or used to predict future climate.

Citizen Watts may look like a troublemaker to NASA's experts but he's convinced he's on to something important. He's found no evidence that anyone except him has ever made an effort to verify the quality-control standards at every weather station site.

Until he finishes his project, Watts says, not even Jim Hansen will ever know for sure if -- as a recent scientific paper at the University of Colorado puts it -- "the use of the data from poorly sited stations provides a false sense of confidence in the robustness of the surface temperature trend assessments."

In English, that means Watts may be on the way to proving that the country is not as dangerously hot as we've been led to believe.