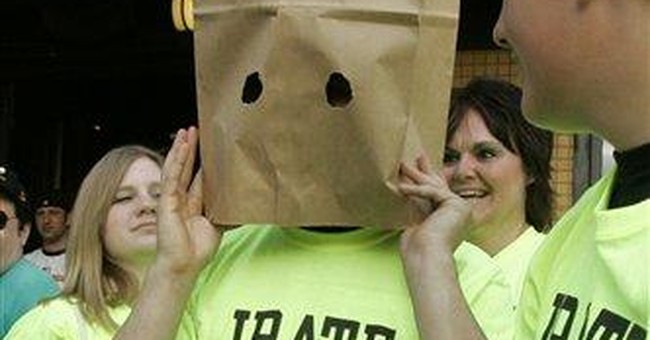 Myron Cope is a hometown icon in Pittsburgh, where every sports fan over 12 knows who the colorful veteran journalist is and can recognize his nasal, usually excited voice and heavy Pittsburgh accent after two syllables. Cope, 78, spent 35 years as color commentator for Pittsburgh Steelers radio broadcasts until two summers ago, when he retired for health reasons. Despite his penchant for double negatives, in the 1960s Cope was considered one of the country's top magazine writers because of the long profiles of such superstars as Howard Cosell and Muhammad Ali he wrote for Sports Illustrated. I talked to Cope about the state of professional sports on July 11 by telephone from his home in Pittsburgh's southern suburbs.

Q: How have professional sports in general changed for the better in the last 50 years?

A: Of course they've increased in popularity tremendously. In one aspect, for example, multitudes of women are sports fans -- knowledgeable and all. That did not used to be the case that women were interested in sports. When I was young -- in my 20s or even 30s -- being the deep-thinker I am, aha, I thought that politicians used sports as the opium of the people. It kept their minds off more important matters, you know, while politicians could do what they wanted. But I have been less cynical about that as the years grew on. I think it's great now, and I have thought so for years because it's a very nice diversion. And hey, the people who don't care about more important issues aren't going to get interested in them anyhow. But it gives people something to take their minds off their troubles or whatever may be the case. Sports has done nothing but build in its fascination for Americans.

Q: What would be the biggest change for the worst in professional sports in the last 50 years?

But it's an obvious thing. The athletes and others in sports, as well, but the athletes principally have become such spoiled brats. Not in all cases, of course. But in too many cases. This Sidney Crosby, the way he signed that contract with the Penguins and didn't try to milk the last dollar out of it. That was so refreshing that I wish you could turn Sidney Crosbys out on an assembly line.

But too many guys, my God, are living behind gated communities. They don't know how to spend their money if they went out and carried $1,000 bills with them; they couldn't spend it all. But if someone would pass them next week in salary and they think they are the best, it's enough for them to have apoplexy. They demand a renegotiation -- and that's another terrible aspect (of sports today): the coming, many years ago now, of the contract renegotiation. The word "contract" apparently to these guys doesn't mean a darn thing. And I can say that because I always respected a contract so I could go on my talk show and blast them for this kind of stuff. But I come from the Harry Truman era, where a handshake made a deal.

Q: It sounds like the emphasis or focus on money and salaries has hurt professional sports in your mind?

A: I wouldn't say it's hurt it, because sports is bigger than ever and it keeps getting bigger. But there's no question in my mind that the basis for all this -- the root cause -- is television and now technology. Because all of a sudden, if you are an athlete you are a star. You are all over the place, all over the world. Television and now technology does all kinds of things that I'm not interested in myself because I don't even own a computer. I bought one once when I was starting to write my memoir and my next-door neighbors tried to teach me for three days, after which I took it back. But that's me. I ain't got nothing fatal, but I know I ain't having many more years on Earth, so why did I need the damn thing?

Q: Which pro sports league has done the best job of operating as a business, pleasing fans and holding up the inherent quality of the sport itself?

A: There's no doubt in my mind that it's pro football. Pro football as a business and as an entertainment is a success. I, of course, would be accused of being biased because I broadcast football and it is my favorite game. But I don't think I arrive at that conclusion because of bias. It seems pretty obvious to me. In ratings and one thing and another, it's pro football, and I think the guy who did it, who put the NFL over the top -- because he was there when television came around and in all other respects was magnificent -- was Pete Rozelle, who in my mind remains the greatest commissioner who ever ran a sport. But they drove him practically to death by giving them subpoenas every week to go to Washington to testify against this or for that.

Gambling, for example. Pete and the other owners didn't want to see football gambling legalized around the country. I once told (Steelers owner) Dan Rooney if you guys had the book, you'd be all for it. He smiled. If they had been booking the bets, they would have been going down there to Washington to legalize it.

Q: Some people say that all the money and interest that is generated by gambling on pro football is what has made it as successful as it is.

A: Well, there's no question in my mind that gambling plays a big part in it. It increases the fans' enjoyment. You couldn't watch a game that you know the other team is going to win by three touchdowns past the second quarter -- but will they cover the spread? There's no question gambling is huge in the success of the sport.

A: Oh no, because football passed 'em up long ago. Some people think I'm biased toward football to the point where I don't like baseball. My God, I went to bed when I was 15 years old every night dreaming that I could play second base in the big leagues. Clem Koshorek, Frankie Zak -- they played shortstop at different times for the Pirates and they weren't no taller than me. I loved baseball and I still do -- when it's played right.

Q: Do you think baseball has any hope of fixing itself so small-market teams like Pittsburgh have a chance to compete?

A: Right now they have a chance. We see them succeeding. You have to have sharp management, there's no question about it, but there's a way. In fact, the rich teams that are throwing dough around can get locked into huge contracts with some bum who goes on the disabled list two days after he signs. But fundamentally the disparity in revenue certainly is terrible for the small-market teams, which once in a while will pop up there. They've rectified it to some extent with the luxury tax and the revenue sharing, but it's still way out of line.

Q: Do you think that pro football is in need of any major changes -- is it too technical, too over-officiated?

A: Well, they are being forced by all of the attention right now to pay greater attention to all the serious brain injuries. I've talked to an old, great football star in recent days about this -- and I won't mention his name -- who told me, "I had 10 concussions and I don't know if I had more, but I probably did." The doctors are studying things and they're coming up with stricter standards for going back into the game.

But fundamentally, the way I always looked at it was that you are an athlete and if it's a sport that risks bad injury, you're comparable to a soldier of fortune when you go into it. You sign up with the French Foreign Legion in the old days and you might get killed easily. You did it for the dough -- the dough was good. And of course we've got mercenaries all over the world today who do the same damn thing. So I said, "Well, a football player is doing something he loves to do." And even in the old days they got paid -- the good players anyhow -- better than some working stiff. It was good money and it is better money now, and you sign up knowing the risks. But that ain't much comfort to you when you get old and suddenly you have chronic pain.

There are ways to remedy these injuries, or at least cut back on them, and they are very simple. One is to throw away those huge heavy helmets, which supposedly have all these safety factors built into them, and put those guys in old leather helmets -- and maybe throw away their face guards -- and they'll start respecting one another. The other thing is make coaches return to teaching tackling. This was not a problem when I was coming up, even in my 20s or 30s. A coach taught a guy to tackle between the shoulders and the ankles. You didn't see all these guys with these bad injuries. It's simple. But then you're toying with the entertainment factor.

Q: Do you have any interest in pro basketball?

A: Very little, because we don't have it here. They're brats. You know, the coach can't give them any orders. You're liable to have, as happened, a guy take a coach by the neck and try to choke him to death. I like college basketball, by the way, and I follow Pitt, my alma mater.

Q: Do you care at all about boxing today?

A: Boxing was huge when I was coming up. Boxing was second only to baseball in America in popularity. I loved boxing for the most part. I covered boxing. To me, the most gentlemanly athletes around were boxers. It's a great sport, but it fell into the hands of guys like Don King and I lost all interest in it -- not so much because of them, because there are always crooks in boxing -- but because you have 97 titles now where you had eight before.

You had eight weight divisions and each one was considered a world champion. Now you've got a lot of acronyms and 96 or 105 divisions -- who counts them? Organizations -- the WBA, this that and the next thing. It's a great sport, and when people say how brutal it is, you know, hey, when you hit a guy in the ring, you're facing him, right? And the rules say anyhow you have to hit him from the waist up. It's not like football, where you tackle the guy from behind or clip him or something. Boxing, for a contact sport, has probably the best rules in sport.