How Hot Was It – Really? 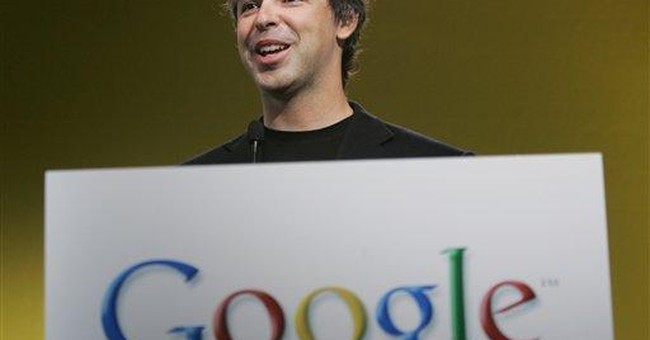 Remember in January when the National Oceanic & Atmospheric Administration (NOAA) and its good friends in media trumpeted that 2006 was the warmest year on record for the contiguous United States?

NOAA based that finding – which allegedly capped a nine-year warming streak "unprecedented in the historical record" – on the daily temperature data that its National Climatic Data Center gathers from about 1,221 mostly rural weather observation stations around the country.

Few people have ever seen or even heard of these small, simple-but-reliable weather stations, which quietly make up what NOAA calls its United States Historical Climatology Network (USHCN).

NOAA says it uses these 1,221 weather stations -- which are overseen by local National Weather Service offices and usually tended to by volunteers -- because they have been providing reliable temperature data since at least 1900.

But Anthony Watts of Chico, Calif., suspects NOAA temperature readings are not all they're cracked up to be.

As the former TV meteorologist explains on his sophisticated, newly hatched Web site surfacestations.org, he has set out to do what big-time armchair-climate modelers like Hansen and no one else has ever done – physically quality-check each weather station to see if it's being operated properly.

To assure accuracy, stations (essentially older thermometers in little four-legged wooden sheds or digital thermometers mounted on poles) should be 100 feet from buildings, not placed on hot concrete, etc.

But as photos on Watts' site show, the station in Forest Grove, Ore., stands 10 feet from an air-conditioning exhaust vent. In Roseburg, Ore., it's on a rooftop near an AC unit. In Tahoe, Calif., it's next to a drum where trash is burned.

Watts, who says he's a man of facts and science, isn't declaring global warming a hoax or jumping to any rash conclusions based on the 40-some weather stations his volunteers have checked so far.

But he said Tuesday that what he's finding raises doubts about NOAA's past and current temperature reports. As he said subversively, “I believe we will be able to demonstrate that some of the global warming increase is not from CO2 but from localized changes in the temperature-measurement environment."

Meanwhile, you probably missed the latest about those 2006 temperatures. As NOAA reported on May 1 – with minimum mainstream-media fanfare – 2006 actually was the second- warmest year ever recorded in America, not the first. At an annual average of 54.9 degrees F, it was a whopping 0.08 degrees cooler than 1998, still the hottest year.

NOAA didn't say whether it had adjusted 54.9 degree F national average temperature for uncertainties caused by nearby burn barrels.