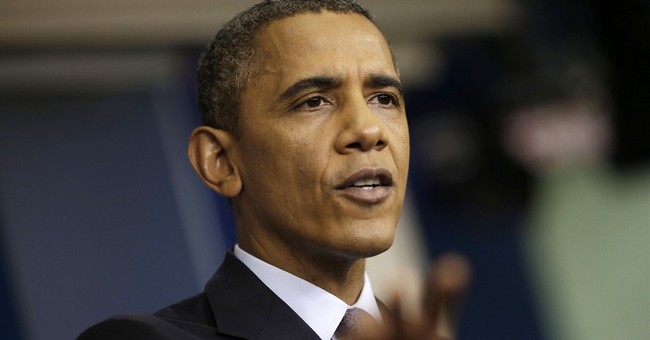 Unto the jungle gods of politics we commit the bodies of our Republican brethren -- earth to earth, ashes to ashes, dust to dust -- in sure and certain hope of these ignoramuses' political extinction ...

Well, now, isn't that the media narrative as to the hooting and hollering in Washington, D. C., over debt ceilings, government shutdowns and so on and so on?

Is there anything to such talk? I suggest that before moving that discussion forward we acknowledge and bewail the barren naivete of those Republicans -- are you listening, Sen. Cruz? -- who thought all they had to do to make Obamacare go away was fold their arms and clamp their jaws. I cannot think of a serious politician of 50 years ago -- Ev Dirksen, Sam Rayburn, Lyndon Johnson, Dick Russell, Barry Goldwater -- who would have believed such a fantastic notion for longer than it took to empty a shot glass of bourbon. Politics was then thought of as the art of the possible, not the fruitless.

Nevertheless, it took two parties to trash this particular ballroom -- with the invaluable encouragement of the President of the United States, his favorite response to suggestions being, would you kindly shut up? Or would you just plain shut up?

Absent Obama's know-it-allness, matters would hardly have built to this pitch and intensity. From the start of his stewardship, the President seemed not to care that he was dealing with flesh-and-blood people on Capitol Hill; few of them are in need of regular instruction from him as to their constitutional duties.

Obama, as we know by now, never aims for agreement; he aims for conquest. If you support his ideas, that's well and good. If you don't, you're a know-nothing. Small wonder Obamacare passed Congress with nary a Republican vote. It was Obama's way or the highway -- and still is.

It gets worse. A lofty, arrogant way of transacting business leads directly to such stalemates as started this fall. Or, in W.H. Auden's memorable lines, "I and the public know/What all schoolchildren learn/ Those to whom evil is done/Do evil in return." A word like "evil" may fit the present context clumsily, but it seems worth noting that running over people in your limousine doesn't turn them into lifelong, or even temporary, allies and pals. Can Obama, can Harry Reid, can any congressional Democrat truly suppose that a Republican congressional bloc with Democratic tread marks on its back will labor to help him in any substantive way?

A supplement to Mr. Auden's piece of wisdom is the aphorism, stated in various forms, that when you take a shot at the king, you'd better not miss. Leave him alive, as Congress' Republicans are alive, never mind snapshot polls; leave him steaming and brooding and looking for payback. I wouldn't call that good or sagacious politics, Mr. President.

Not many weeks ago, Obama needed Republican cover for his hastily formed plan to attack Syria. He was receiving such cover when he suddenly called off the whole enterprise. What will he want during some future foreign policy contretemps? And what about domestic policy? Why would Republicans and conservatives negotiate with the man who won't negotiate, or admit that anyone besides himself might have a useful, worthwhile idea?

Obama, whose present approval level in one poll is 37 percent, has squandered in just four and a half years as president any credibility he might have had as a national leader. Leading isn't his style. Commanding is, or throwing his weight around. Do this; do that; wipe that smile off your face; bestow a gentle kiss on my left cordovan-polished shoe.

So far, from helping heal the country's political divisions, as he promised in 2008, Obama has deepened them. And yet, precisely because of it, appears to regard himself as the great tribune and defender of the American people.

After the events of the past two or three weeks, he desperately needs to be that good: if not 50 times better.