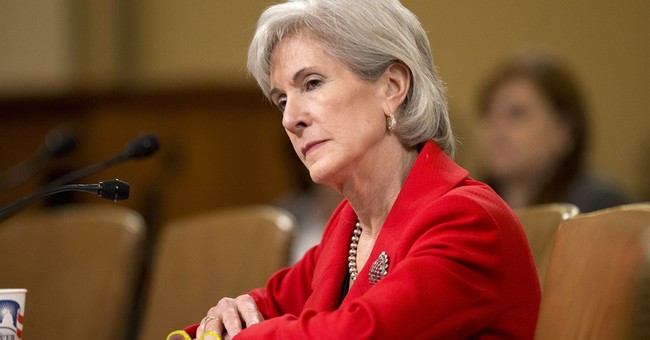 The creeping insanity of the 21st century United States gets its latest affirmation in the news that Congress doesn't have to live under the laws it writes even when it claims the opposite.

Ah, well, back to cases. The law setting up Obamacare says lawmakers and their Washington, D.C. staffers must, like us peasants out there in the grasslands and forests, obtain coverage through the health care exchanges. (Meaning those relatively few exchanges actually being set up, but that's another issue.)

Now the hammer falls. When Congress passed this thoughtful and imaginative legislation, it failed to specify how to make the federal government keep contributing to its members' premium costs, as the case is now and long has been. This dreadful oversight puts our representatives in jeopardy of living as their constituents live -- with hands thrust in pockets, searching for funds the government says they owe. No fair! This Obamacare thing was supposed to apply only to plain old citizens.

Something had to be done. And it was. The administration last week informed our representatives that they might have to buy their insurance on exchanges, like everyone else, but that the federal government would help out with a big share of these unforeseen costs: as much as $11,000 a year for families. A couple of questions remain unresolved: 1) From what reserve does the money come? and 2) Under what lawful authority does the administration presume to raid that particular reserve to benefit members of Congress?

The improvisational character of the Obamacare drama wreaks increasing harm and confusion on people who would like to think they know where they stand with their government. But who nevertheless can't figure it out because the whole costly enterprise seems never to have invited the close attention it seemed to deserve. With administration encouragement, congressional Democrats just kind of winged it. It would all come out all right. It had to.

Winging things, when you sit in the world's most powerful legislative body, has its temptations, but mainly it indicates the dangers inherent in assigning unlimited powers to Congress.

"Unlimited?" That's not what it says in the Constitution, is it? Certainly not. The lack of limits comes through sheer assertion andunchecked chutzpah. The Obama White House's talent for ignoring laws it doesn't want to enforce and doing "big things" by executive order is starting to attract overdue notice. The collaborative nature of this enterprise is what seems to need more attention. A bad -- theoretically speaking -- White House and a good -- again, theoretically speaking -- Congress are incompatible, and vice versa. One theoretically offsets and checks the other. When neither branch is properly respectful of its constitutional role, we've got a problem.

Voters get a shot at reining in the incompetent and deceitful and abusive types among their leaders. A little help, nevertheless, wouldn't hurt. We need to start talking, as many did 20 years ago. I was one of them. We talked about term limits on congressional service. Too much power, exercised in isolation from rebuke, over too long a period of time, undermines and endangers democratic institutions.

We properly limit presidents to a pair of back-to-back four-year terms. Why not similarly force senators and congressmen to go back and live the lives they've made for their constituents?

Some say three two-year terms is enough for congressmen. I'm more generous than that. I'd allow five, but then it would be bye-bye. Two six-year terms for senators -- that's similarly enough. The Obamacare farce is only a reminder of the self-seeking and general obliviousness that mark modern lawmaking. There should ring out around the nation amid the low comedy of Washington, the old vaudevillian chant: Get the hook!