Detroit and the Tale of Tomorrow 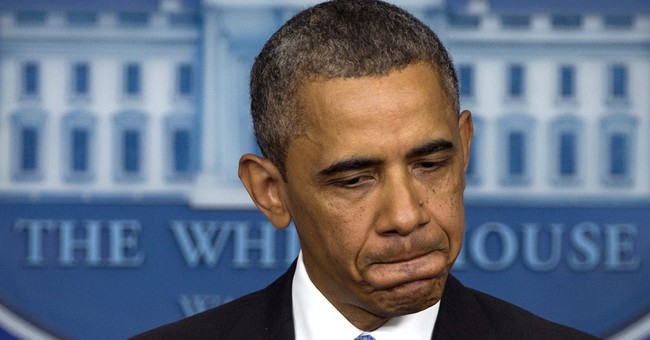 Just ahead of Congress as it takes an August recess, the president fares forth to "chart" -- in the words of his communications director -- " a course where America needs to go ... to restore this country's basic bargain for the middle class."

Let us see whether we can anticipate: Congress (assuming the President gets his way) will pass some laws, raise some taxes, spend some money. We'll restore the bargain. And maybe the Democrats won't take the licking that circumstances seem to predict, what with Obamacare causing mass public confusion, the president's approval ratings down in the mid-40s and Democratic control of the Senate threatened in 2014.

Who wouldn't want to change the subject under such conditions: The problem is we aren't likely to descend from the rhetorical stratosphere to the ground level, where political promises originate and just as often falter. Shall we talk about Detroit?

From the stratosphere, where politicians, especially of the liberal variety, prefer to operate, Detroit looks like one of those things: People move out, car companies crater; Tough luck, but ...

On the ground level, it's easier to understand one of the prime factors afflicting the once-proud city. To wit, city leaders made promises as if there were no tomorrow and then borrowed to make good the promises again as if there were no tomorrow. One of the irritating features about tomorrow, politically speaking, is that it always seems to be somewhere down the street -- way, way off. No need to worry for now. This is today, not tomorrow.

Detroit is in hock for possibly $20 billion, of which $3.5 billion is money owed to municipal pension funds. There's no more cash to stuff into the stocking. Tomorrow came, transformed from a gauzy day of sunshine and candy cane clouds into the dark Day of Reckoning. In various Yesterdays, municipal unions had wanted pay and pension boosts. Detroit's leaders said, sure. Somehow the money would be found, whether from borrowing or higher taxes or the borrowing necessary when the higher taxes failed to produce the necessary wherewithal. Somehow all things would work out! Today at least the municipal unions wouldn't be rendered unhappy, handed political axes to grind -- or worse.

And so Detroit, like a number of other U. S. cities, is bankrupt. A few others are merely broke: Chicago, for instance, with a pension debt of possibly $36 billion, Los Angeles with a similar debt estimated at $30 billion. Tomorrow comes fast, as today fades from view.

Modern America hardly invented insolvency and frivolity -- human traits as old as Aesop 's Fables. The moral-religious outlook of an older America, nevertheless, restrained some of the wilder impulses of the human species. It was acknowledged fairly regularly that actions produced consequences; that as a man sowed, so he reaped -- due to which reality it was useful to think carefully about the crop one was planting, all the while watching the weather. Would it rain? Would it be dry? What was ahead -- Tomorrow?

Appraisals of this character fell out of favor as politics assumed a larger and larger role in life. What politician was going to go around with dour face and wagging finger, warning happy constituents of reckonings to come? The ancient moral law fell into disuse. History as a predictor of outcomes turned into televised entertainment.

And so ... Detroit. Maybe Chicago. Maybe Los Angeles. Maybe a Medicare system yoked to unrealistic promises made for the sake of political returns, the future shoved further into the future, the can kicked as far down the road as possible. A moral overhaul for a nation suffering from the neglect of sound moral teaching is, you might say, a bit overdue. I wouldn't count on the president to undertake such a task as he buzzes around the country this month. It might be educational at that to count the omissions in his text -- the unmentioned tomorrows as against the stacked-up todays. Speeches of that character aren't hard to write; politicians deliver them all the time.