The Age of the Talkers: Politics in 2013 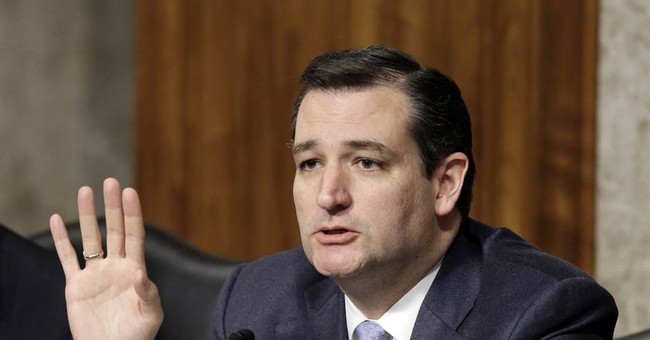 On the one hand, here's hyper-talkative Barack Obama losing presidential traction every day, it seems, on account of the apparent gap between his oratorical gifts and his political abilities. On the other hand, here's James Carville, of Clinton White House fame, thumping hyper-talkative Ted Cruz on the back for pepping up Republicans more than anyone Carville has seen in 30 years.

What goes on here?

When is the ability to wring cheers and love from a big crowd a reliable gauge of democratic leadership ability, and when isn't it? The question needs some examination, as Cruz, the very junior senator from Texas, positions himself -- the way some commentators see it -- for a presidential run in 2016. What? A guy better known for lung power than for practical experience, fixing his eye on the White House?

Maybe. And doesn't it seem familiar? Didn't the very junior senator from Illinois orate his way into the White House five years ago, full of promises and assurances, only lately to find growing numbers wondering whether their president has a clue to what the job entails? Witness his growing embarrassments as 2012 moves along: national jitters over ObamaCare; no gun control law; accusations of a cover-up involving the State Department response to the embassy attack in Benghazi. Oh, and an unemployment rate of 7.5 percent, four years after Inauguration Day 2009.

The president talked a good game. That brings up a query: Did all the talk of the past half-dozen years -- starting with the campaign -- merely camouflage a short, unconvincing resume? What, besides giving speeches and writing books, had Barack Obama ever actually done? He told us insistently what he could do as president. A majority took his word for it. And, well, a lot of things haven't worked out.

Obama's approval ratings since inauguration have dropped back below 50 percent.

Comes now Ted Cruz, ex-solicitor general of Texas, newly anointed U. S. senator, fresh face, fresh voice, hammering the administration right and left. On the basis of experience, what faith are we to repose in his prospects?

Objectively speaking, I'd say none. With another dash of objectivity, I'd say that's not the point.

We're at a different moment now, it would seem, in the democratic experience. Restless, impatient American voters -- an apparent majority at this point -- don't want so much to know what a presidential candidate has done as to know what he promises to do once in office.

Barack Obama -- freshman senator, ex-law lecturer -- created the template, winning for it the votes of many who saw him giving life to their own dreams. His back-to-back electoral victories represented, in Dr. Samuel Johnson's words, the triumph of hope over experience.

That brings us back to Cruz. Come to think of it, it brings us to two other freshman senators -- Marco Rubio and Rand Paul -- being touted for the presidency. What has any of these achieved in politics save election, one time, to the Senate?

I do not hold up this datum as evidence of their unfitness for the presidency. I hold it up as evidence for the breakneck speed at which national events are unfolding.

You can say it's too bad we take insufficient time to debate our problems -- the debt, a laggard economy, America's place in the world, radical Islam, immigration, health care, the relationship between guns and violence, anything, everything.

Cruz's quick rise to fame has at least as much to do with his style -- accepting no back talk, giving no quarter and asking none -- as it has to do with his conservative philosophy; a philosophy given especially short shrift by the media since Obama's election. You want the Obama liberals put in their place at last? Ted's the man to do it, many conservatives have begun to say. Governing experience, zilch; lust for battle, high as Everest. Washington and Jefferson might well flinch at such an audacious template -- if they hadn't been dead for a couple of centuries.