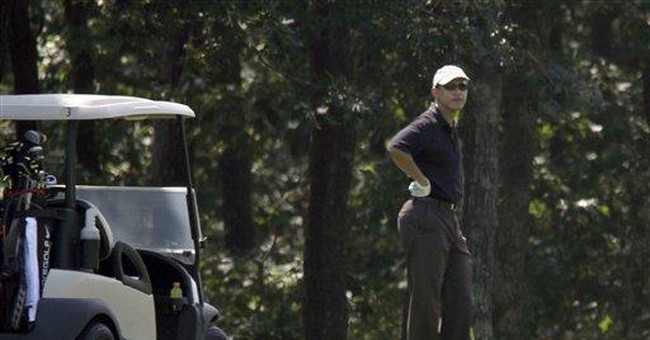 Attorney General Eric Holder's decision to go after the CIA has all the earmarks of policy designed to make left-wing hearts palpitate. What other purpose could it possibly serve? Not that of national security or common sense.

I have written deliberately "go after the CIA," notwithstanding the demurral of newly appointed special prosecutor John Durham, which concerns the supposedly "preliminary" scope of his investigation into alleged abuses perpetrated by CIA interrogators against terrorism suspects. The range of cases is gratifyingly small when you consider that Holder, following the blood sport instincts of the left, could have gone after higher-ups -- perhaps some of those in the Justice Department who advised President Bush on interrogation policy ( like John Yoo).

Alas, as we know from experience, investigations tend to start small then grow. Was Monica Lewinsky on Ken Starr's radar screen at the start of his inquiry into the Clintons' finances? Things get out of hand. The left of the left of the left hopes no doubt that will be the case with Durham's investigation. You find on that peculiar quarter of the political spectrum a lust to punish former Vice President Cheney himself (if not the president he served). Why rule out a battalion of CIA agents who imagined themselves to be preserving American lives?

Indeed, the Inspector General's Report, which Holder cites as evidence of doing, says various interrogations gleaned "intelligence that has enabled the identification and apprehension of other terrorists and warned of terrorist plots planned for the United States and around the world." How dare they warn us? Clap 'em in irons.

Really, is there a brain cell functioning properly in the Obama White House? What are these people thinking? Are they thinking? Yes, maybe. Here's what they might be thinking: The left of the left of the left got us here. They're mad enough at us now. We'll throw them a little investigation, trying to explain it to moderates and conservatives -- and we'll pray it works. Nothing else seems to these days, with the health care semi-debacle as Exhibit A.

This is just nuts. These White Housers, possibly including the president whose consent to this operation was required, don't have a clue. The game isn't worth the candle.

To appease the fundamentally unappeasable left wing, we haul operatives of the U.S. government through the justice system by probing, testing and suspecting them as if they were, well, terrorists; undercut the morale of our main principal intelligence and of terrorist hunters that have escaped the government's notice; and gladden the hearts of terrorists suddenly given to know what small consequences accompany defying U.S. interrogation. Do we risk foregoing vital intelligence that we would have been ecstatic to own on Sept. 10, 2001?

Put it merely in political terms. What's in it for Barack Obama? He thinks to earn the gratitude of ordinary -- as distinguished from left-left-left -- voters for affecting these amazing results? He has not merely handed the Republicans a rhetorical club with which to pummel him (rightfully, I might add), but he has also made it harder than ever to bring the country together over his health care project. No wonder he wanted to go on vacation. In Martha's Vineyard, he can nervously hope the furor will die away before he goes back to work.

In a pig's eye, it will. Special prosecutor investigations aren't like that. They have lives of their own, even when the country yearns for euthanasia.