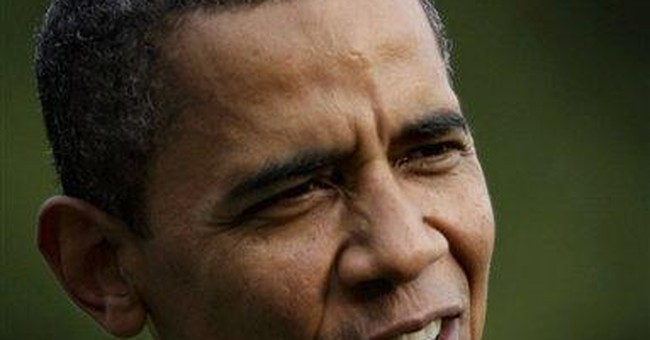 Oh, what a wondrously enlightening health care debate we're having. Democratic hotshots, from the White House on down, blame the throngs protesting at town hall meetings. Baloney. It's the hotshots who are most to blame.

The hot shots see, or profess to, nothing in the least remarkable about rearranging a sixth of the American economy -- the part representing health care -- with just a few casual hearings on Capitol Hill, some presidential rhetoric and, poof, off to the races!

President Obama's strategy and tactics overthrow all known counsels of prudence and good sense. You can say if you want to, mercy's sake, Can't We Listen Respectfully to Each Other? Not the way the White House and its allies have planned this legislative version of Patton's lightning thrust through France. So far as the imperial Democratic general staff are concerned, health care is a case of take-it-or-take-it. The problem being, that isn't what you say to a democratic constituency. When you do, tempers tend to flare.

Fine. Tempers need to flare. Lincoln versus Douglas we don't have here; but, then, Lincoln, if memory serves, eventually found himself crowded too hard by the other side. He turned to resistance.

To repeat: It might not have happened this way but for the Democrats' insistence on not "wasting" a crisis. Speaker Nancy Pelosi and her deputy, Rep. Steny Hoyer of Maryland, insist in a joint newspaper column that "Drowning out opposing views is simply un-American." Oh -- like drowning out the honest doubts of House members willing enough to reform health care but not at any cost? The Democratic offensive against doubters and worriers and people who just want to get a huge thing done right wrecked all possibility of a fruitful debate. It became Nancy's way or the highway, and don't waste the Speaker's time loading the car.

Arrogance is the vice of victors -- in this case those who took over the White House last year and puffed up their congressional majority. You have to be arrogant indeed to insist that, never mind polls showing the great majority of Americans to be satisfied with their own health insurance, we need a new system. Never mind either some daunting forecasts from the Congressional Budget Office asking, essentially, where the money is coming from. Never mind solid indications that taxes must rise to pay for the new system we're bidden to embrace. Never mind that a recession is on. Never mind anything you hear from "the Right." Trust us. We know what's best.

In response to these varied directives and orders there arose from many quarters the Great American "Oh, yeah?" We hear it all over the place right now. "Oh, yeah?" to claims that a government insurance program won't drive private insurers out of the marketplace. "Oh, yeah?" to assurances that middle class families, in keeping with Barack Obama's campaign pledge, won't see their taxes rise. And so on.

It would be easier to sympathize with Democratic calls for a clean, honest debate if that was what the party really wanted, instead of, on most of the evidence, a relax-and-enjoy-it moment for taxpayers and patients.

Politicians in a hurry -- one might be tempted to trust them, but it wouldn't be entirely wise. "What's the hurry?" is normally a relevant question to ask lawmakers who press the accelerator too hard. If health care is a mess -- a proposition no one doubts -- that means carefulness is wanted in the clean-up job, lest a bigger, costlier mess ensue.

Mrs. Pelosi doesn't trust the instincts of the American voter. Well, tough. I could name about 75 reasons not to trust Mrs. Pelosi and her fellow reformers, from the White House on down. At the top of that list: too much haste, too much dictatorial and dismissive behavior, too much plain old hubris -- the quality the Greek playwrights saw as instrumental in the fall of the mighty.

In an odd way, the town hall protesters are attempting to save Mrs. Pelosi from herself. She should thank them -- right after apologizing to them.