A Tale Of Two Tongues 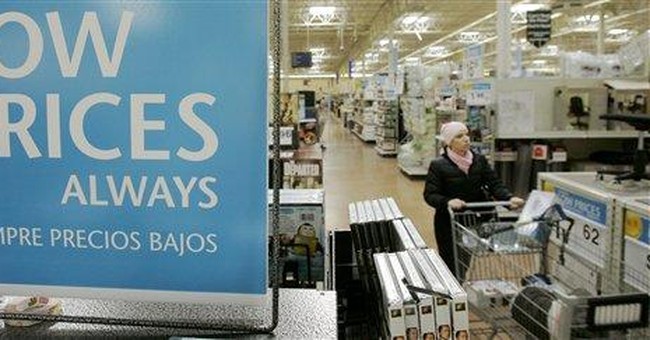 Vamos a ver, as we say down at Bo's Hardware Store. According to an ABC News "Good Morning America" poll, two thirds of Americans don't mind hearing Spanish spoken as a matter of course right here in the United States.

I doubt this rather seriously, given the tendency of poll respondents to avoid saying anything that might make a polltaker say under his breath, "Racist, racist!" But the poll does bring to the fore a significant question: How much sense does it make for the United States to accommodate the widespread speaking of a tongue other than English in a nation where English is supposedly the universal and semi-official language?

I don't think it makes much sense at all, though I expect such a viewpoint to enrage and disgust our country's dominant cultural left.

To those who don't appreciate the intrusion of Spanish -- melodious Romance language as it is -- into daily American life, ABC imputes a tendency to back stricter immigration rules and to hold "negative views on immigration generally, particularly on illegal immigration."

In which case a word from a certified immigration "moderate" with some university training in Spanish and a 40-year habit of muttering to himself in said language -- a word, I say, from such a one might be of use. And it's this. A bilingual nation can't and won't cut it. Language enshrines and perpetuates cultural division, of which surely we have enough right now. I wouldn't care if our newcomers were speaking the tongue of my Celtic forbears. I would beg the Highland laddies kindly to carry on in the Queen's English.

One nation, one language is the sensible rule everywhere perhaps but Switzerland, which for historical and geographical reasons carries on in German, French and Italian. In Belgium, an artificial firebreak kind of nation, the French speakers and the Dutch speakers are talking of going their separate ways. Wouldn't blame them if they did.

The more we condone -- not to mention encourage -- the routine speaking of Spanish in schools and in the workplace, the slighter and slimmer grow opportunities for that thoroughgoing cultural assimilation all should desire -- Spanish speakers as well as English speakers.

Bad enough are ballots in Spanish. Dios mio! People are going to vote who -- let's say -- aren't thoroughly comfortable with the tongue of the country in which they're voting? What kind of nonsense is this?

Nowadays, in stores like Target, with large Hispanic clienteles, we find Spanish-English signs: electronicas along with electronics. Golly -- you suppose a customer looking for electronicas is so mentally disabled as not to be up to the task of figuring out the English equivalent? Linguistic crutches of this sort aren't kind, they're insulting; as well as subversive of hopes to get us all reading and talking off the same page.

Ja, the Texas Germans spoke their original tongue for a long time, without substantial harm to our state's social fabric. They also spoke good English, especially those who wanted to. I wouldn't submit the Latin Americans among us won't make a similar peace with changed conditions, but I wouldn't bet many dolares on it either, given the propinquity of the United States to the Spanish-speaking homelands.

Another thing I'm not going to do is blame our Spanish-speakers terribly much. They'd be a lot further along in the assimilation game were it not for all the 1960s relics who dominate the universities and the media, and who think anyone out of tune with their quaint notions of cultural equivalency -- all cultures and nations at eye level -- is a nativist with kinfolk in Jena, La., if not Neshoba County, Miss.

The cultural left's ongoing primal scream over our racism, imperialism, greed, spiritual poverty, whatever, is part of the furniture of modern life. There's at least one consolation. Much more downplaying of the tongue of Shakespeare, Johnson and Melville, and hardly anyone will be able to understand a word they say up there in the Harvard philosophy department.