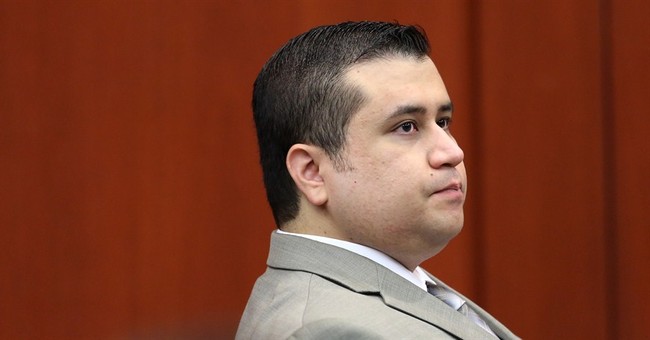 Trending
On Monday, the Broward County Sheriff's Office in Florida released a public service announcement attempting to convince young people not to riot in case George Zimmerman, the man who shot and killed Trayvon Martin, was acquitted of second-degree murder. That likelihood remains high, thanks to the fact that the prosecution itself was weak and pushed forward by a breathless media desperate for a racial hot point to drive ratings.

The sheriff's office announced that it was "working closely with the Sanford Police Department and other local law enforcement agencies" on a "response plan in anticipation of the verdict." Sheriff Scott Israel appeared in a video alongside a rapping duet of two teenagers, one a Hispanic female and another a black male, who tell the public, "Raise your voice, and not your hands! We need to stand together as one, no cuffs, no guns. ... I know your patience will be tested, but law enforcement has your back!"

Despite the passions elicited in both the black community and the white community over Zimmerman, one fact remains clear: Americans are far more concerned with the possibility of a minority riot over Zimmerman's acquittal than they are with the possibility of a white riot over Zimmerman's conviction. That's not unreasonable. Al Sharpton of MSNBC, among others, has threatened civil disobedience in Sanford before, and Americans still remember the Crown Heights riots of 1991, the Los Angeles riots of 1992, the St. Petersburg riots of 1996, the Cincinnati riots of 2001 and the Oakland riots of 2009, among others.

Why, exactly, are Americans so seemingly complacent about the notion of another riot over a case about a Hispanic man shooting a black teenager, presumably in self-defense? It's thanks to a media that continues to maintain the fiction that every case allegedly involving a non-black suspect and a black victim is a test case for American racism. The media pretended that the case against George Zimmerman was unshakeable; it simply wasn't. There wasn't just reasonable doubt about whether Zimmerman engaged in self-defense when he shot Martin, there was virtually zero countervailing credible evidence to the proposition that he shot Martin in self-defense. Furthermore, there was literally zero evidence for the proposition that the shooting was racially motivated, or that the police didn't initially arrest Zimmerman thanks to their institutional racism.

Yet the story has played out in the media as a controversial example of America's continuing love affair with racism. The media's narrative went like this: white man shoots black man after racially profiling him, and racist local officers let him off the hook. That's a lie, but it's become widely accepted in the black community, where 72 percent of blacks polled thought that Zimmerman was definitely or probably guilty (compared with just 32 percent of nonblack Americans), and 73 percent thought he would have been arrested initially if he had shot a white person (compared with 35 percent of nonblack Americans).

Sadly, an incredible number of blacks feel that the system is biased against them: While most white people don't believe that the criminal justice system is racist (49 percent believe it is), a whopping 84 percent of blacks in America believe it is.

And so each case with racial overtones becomes another reminder to blacks that the system is out to get them, particularly when largely white media commentators wrongly paint a case as race-based. This means that anytime the media labels a case race-based, Americans are forced to accept the ugly calculus that acquittal, while proper, may result in riots based on perceived institutional wrongs.