The Liberal War on Science 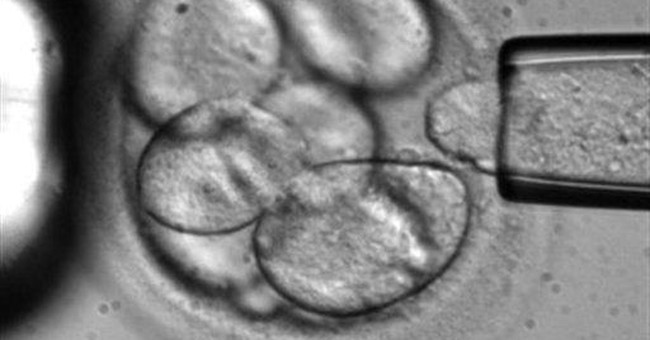 Liberals pretend to be the advocates for science. President Barack Obama has repeatedly portrayed himself as the world’s leading advocate for scientific progress; in fact, he has consistently touted himself as the man who will “restore our commitment to science.” So why are liberals so ignorant of science?

Ignorance is the only possible way to explain a recent liberal program considered in the United Kingdom. The Department for Children, Schools and Families is discussing a plan drawn up by a teen sex “advice service” designed to increase the use of condoms by teens. Teens as young as 12 will be subjected to full-scale sex ed, then handed “condom credit cards” that allow them to pick up free condoms at soccer fields, barbers’ shops and “scout huts.”

The logic underlying this program and similar programs like it -- read: American comprehensive sex education -- is that adolescents can be trusted to make adult decisions. As former Clinton Administration Surgeon General Joycelyn Elders puts it, “Education is the best contraception.”

There’s only one problem: science shows that adolescents simply don’t have the brains to use condoms. Literally. According to virtually all scientific studies concerning adolescent neural mechanisms, teens are biologically incapable of inhibiting risky behavior. “(T])e major sources of death and disability in adolescence are related to difficulties in the control of behavior and emotion,” explains Ronald E. Dahl, Staunton Professor of Psychiatry and Pediatrics at the University of Pittsburgh Medical Center. Although adolescents’ brains have developed enough to allow them the capacity to reason better than children, adolescents are biologically driven toward risky behavior and sensation-seeking by their functionally mature limbic systems. And the part of the brain that generally controls such risky behavior -- the prefrontal cortex -- is not yet fully developed. In other words, despite the fact that teenagers are smart enough to recognize the dangers of risky behavior, their brains ignore the risks when things get hot. Thus, teenagers are morons.

Yet liberals insist that teens are fully capable of making informed choices on subjects ranging from sex to abortion to pot smoking. Even if the science doesn’t back them up, liberals say that we must assume that teenagers are logical, and that they will use discretion -- and condoms -- if told of the risks of unprotected sex.

This unscientific philosophy has created an epidemic of sexually transmitted disease and teen pregnancy, and the attendant teen abortions and teen suicides. At least, however, teens are not being grounded by their unhip parents. That would be uncivilized.

Leftist allegiances to disproved myths aren’t restricted to teen rationality. Liberals also ignore the science with regard to the early development of fetuses -- cell differentiation begins in days 18 through 24. By the end of the fourth week of pregnancy, embryos are already visible to the naked eye, and their brains, spinal cords, hearts, and organs have begun to form. During week 10 of pregnancy, the baby’s brain will produce 250,000 neurons each minute. No wonder abortion providers like Planned Parenthood have attempted to block the use of 4D ultrasounds in pregnancy clinics -- they don’t want mothers realizing that their fetuses aren’t merely a bunch of undifferentiated cells. Just another example of liberal ideology triumphing over science.

Want more? How about liberals’ bizarre insistence that men and women are identical, and that gender is merely a social construct? That entirely false belief is the basis for the gay marriage movement, which states that a child with two mommies has essentially the same upbringing as the child of a traditional mother-father coupling. The gay marriage movement also asserts that sex is the equivalent of race -- they say that the differences between men and women are equivalent to the differences between African-Americans, for example, and Caucasians.

Nothing could be further from the truth. Men and women have different brain structures, which have real effects on behavior and perception. “In mammalian species numerous sex differences in brain structure and function have now been documented,” writes Judy L. Cameron of the University of Pittsburgh Departments of Psychiatry, Neuroscience, and Cell Biology & Physiology. “Behaviors showing documented sex difference include behaviors associated with reproduction (mating and maternal behaviors), aggression, activity, and various cognitive functions including spatial cognition, verbal skills, and various aspects of learning and memory.” But this is science liberals don’t like. And so it is largely ignored.

For years, liberals have complained that conservatives ignore science. The truth is that mainstream conservatives often refuse to accept dubious science (e.g. global warming and population bombs). Far more often, it is liberals who ignore hard science in order to promote their agenda of irresponsibility, consequence: free living, and destruction of traditional family values.