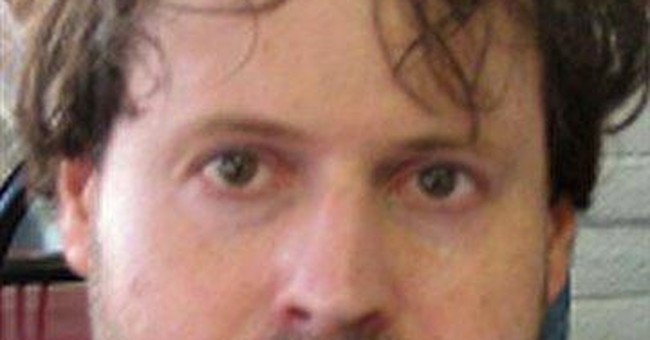 Jack McClellan, 45, is a pedophile. For several years, McClellan ran a Washington-based how-to website for child molesters, entitled "Seattle-Tacoma-Everett Girl Love." On the website, McClellan posted pictures of minors and offered advice to his evil colleagues. "It might seem provocative to be hanging around elementary school playgrounds these days," McClellan posted, "but I've been surprised at how close you can get to some and how long you can loiter there without being noticed (or at least questioned) If the kids aren't out on the playground, the next recess will probably be in less than 2 hours!"

McClellan's notoriety in the Washington area led him to relocate to Santa Clarita, California, where he promptly began his activities anew. Last week, Los Angeles Superior Court Judge Melvin Sandvig placed a restraining order on McClellan, restricting him from approaching within 30 feet of any minor in the state. Judge Sandvig further ordered McClellan not to contact any minor in any way, not to take pictures of children without their parents' consent, and not to hang around areas frequented by minors.

There's only one problem. In all likelihood, the restraining order will be struck down as violative of the First Amendment.

Current Supreme Court doctrine probably protects McClellan's web postings. Sure, the postings target children. Sure, they encourage other pedophiles to engage in child molestation. Sure, they victimize minors by placing their pictures in the pedophiles' indexes. But where the First Amendment once protected political speech, it now protects some of the most degraded and evil behavior imaginable.

The Child Pornography Prevention Act of 1996, said the Court, was over-broad and unconstitutional. But the same could be said of the Supreme Court's obscenity-protecting interpretation of the First Amendment. By Kennedy's logic -- and the logic of the Supreme Court in Miller v. California (1973) -- any type of speech that could conceivably have literary, political, scientific or artistic value should be protected under the First Amendment. This invalidates virtually all restrictions on speech. (SET ITAL) Actual (END ITAL) child pornography could theoretically have some sort of literary, political, scientific or artistic value.

The Court's response to this dilemma -- a dilemma of its own creation -- has been that the Court will act as the gatekeeper with regard to obscenity. The Court is the highest judge of literary, political, scientific or artistic value.

This self-aggrandizing and unfounded interpretation of the First Amendment has led to an arbitrary and vacillating standard of protected pornography. Back in the 1970s, the Supreme Court justices used to sit in the basement of the Supreme Court building in Washington D.C. watching pornographic movies, determining whether each particular movie was protected by the First Amendment.

Clearly, the framers of the First Amendment would not have been interested in Justice Kennedy's artistic taste. They would have been the first in line to convict Jack McClellan. The First Amendment was never designed to protect child pornographers; it was designed to protect political speech. The framers recognized the value of "Romeo and Juliet" -- they simply relied on the American people not to ban it.

Unlike the framers, the Supreme Court sees Americans as benighted fools, storming, pitch forks in hand, to burn the local library's copies of "Romeo and Juliet." And the justices will stretch the First Amendment to protect "Romeo and Juliet," even if such protection is unnecessary, and even if that unnecessary protection results in the facilitation of child molestation.

As long as the Supreme Court arbitrarily stretches the First Amendment beyond its original bounds, monsters like Jack McClellan can sleep worry-free. Meanwhile, America's parents will continue to sit up nights as their neighborhoods crumble around them.