The Real Reason For Federal Corruption 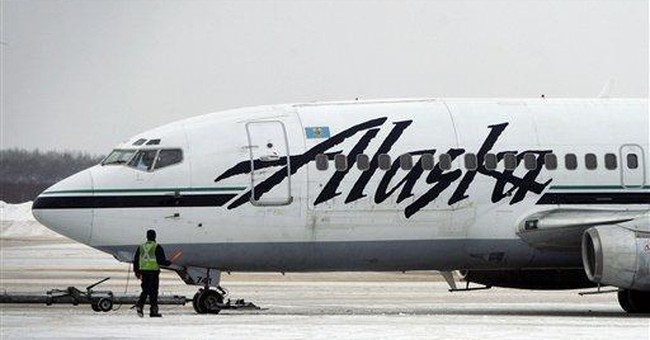 This week, FBI and IRS agents searched the home of Senator Ted Stevens, R-Alaska, 83. Stevens is under suspicion for his connection to Bill Allen, an oil state-services contractor convicted of bribing Alaska state lawmakers. Stevens has served in the Senate for almost three decades.

For years, we've heard that there's too much money in politics. That mantra was the motivating force behind anti-First Amendment campaign finance reform legislation.

The latest scandals only seem to lend heightened credence to such a critique. Surely congressional corruption has something to do with the money floating around Washington, D.C.

Congressional corruption does have something to do with the money floating around D.C. -- but the problem isn't the general public's political expenditures. Americans have always spent money on politics, but it is only within the last century that the federal government became a significant repository of corruption.

Until the time of FDR, the Founders' guardrails against federal corruption remained effective. State corruption was exponentially more prevalent than federal corruption. State legislators could offer their constituents subsidies, local projects and jobs. The federal government could offer patronage, but little else. The major pre-FDR federal scandals were major largely because they were so sporadic -- the Teapot Dome scandal would hardly raise an eyebrow today.

Once the federal government usurped state spending prerogatives, however, winning re-election became an exercise in placating certain monetary interests. Federal legislators were now expected to funnel cash from the federal coffers to local interests. The bile of corruption quickly seeped into the federal blood system.

Naturally, federal legislators became expert in the art of misappropriating federal cash. Senator Robert Byrd, D-West Virginia, single-handedly siphoned almost $3 billion to West Virginia between 1991 and 2006, according to Citizens Against Government Waste. "They call me 'The Pork King,'" Byrd once bragged. "They don't know how much I enjoy it."

It is no wonder that corruption thrives in a town where Robert Byrd's colleagues deem him the "conscience of the Senate." When back scratching, pork-barrel rolling and irresponsibility are prerequisites for election, corruption is an inevitable byproduct. The problem in D.C. isn't too much political money -- it's too much taxpayer money. Unless Congress bans omnibus spending bills, curbs earmarking and restricts itself to its constitutional authority, don't expect the Stevens corruption investigation to be the last.