Some Republicans "Get It" - and Some Still Don't 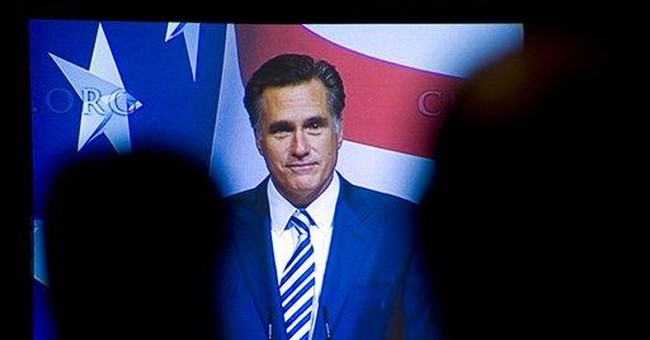 “I spent the weekend in Vancouver. As always, the Olympics were inspiring. But in case you didn’t hear the late-breaking news, the gold medal in the downhill was taken away from American Lindsey Vonn. It was determined that President Obama is going downhill faster than she is…”

Great line, great joke. And nobody - not even the most devout of his supporters - disputes the fact that in a variety of different ways, President Obama is, at least presently, headed “downhill.”

But who, really, understands why President Obama has fallen into such disfavor? How is it that Americans’ collective perception of their President has morphed from that of “messiah” to “pariah” in only a year?

Senator Scott Brown of Massachusetts used four powerful words – “We Can Do Better” – to capture the hearts and minds of his fellow bay-staters during his recent campaign. And Senator Brown’s statement should bring about a question for Republicans nationwide- we can do “better than what?”

And we can do better than a government that funds failure (bailouts for financially troubled corporations and individuals), while punishing success (higher taxes on “the rich”); a government that makes a mockery of human merit, and instead seeks to choose winners and losers in our economy according to the preferences of politicians; a government where “leaders” regard their roles as a matter of dictatorship, rather than of servant hood.

Each of these concerns is a “moral” concern. They speak to our nation’s fundamental sense of fairness (those who assume that America is in “moral decline” should take note – our moral sensibilities have been awakened and alarmed in the era of Obama). Yet these issues are also fundamentally economic, as well. And the “ruling party” in Washington has so horribly mismanaged our money and violated our collective sense of fairness that, at this point, most of us have been left thirsting for “more freedom,” and less government entanglement.

Do Republican leaders get it? America needs leadership both in the spirit of Ronald Reagan, who elevated the private sector to unimaginable heights, but also in the spirit Margaret Thatcher, who as Prime Minister of England actually decreased the entanglement of government in private affairs. With state and local governments teetering on bankruptcy and federal deficits dangerously high, Americans have never in my lifetime been more ready for this kind of change. Let the “thatchering” begin.

Fortunately, Governor Bob McDonnell is keeping his campaign promise to close Virginia’s $4 billion budget gap. Similarly, Governor Chris Christie declared a “fiscal state of emergency” in New Jersey, and issued an “executive order” to slash $2.2 billion from his state’s budget. Even the Reuters news agency noted that Governor Christie is responding to “a public recognition that something radical is needed…”

In the west, Governor Butch Otter is responding to Idaho’s budget woes with the only rational approach – cutting state spending – and in response to weakening state funding projections, has proposed even deeper spending cuts than were originally included in his January “state of the state” address.

Yet some Idaho Republicans are moving in the opposite direction of Otter, seeking to expand government with an “employer sanctions law” that penalizes Idaho business owners caught employing illegal immigrants.

Such legislation may satiate voters’ desires to “get even” with “illegals” (Arizona and Tennessee passed similar laws last decade). But balancing the federal government’s failure to manage immigration on the backs of small business owners does not lead to prosperity, or fairness.

Arizona Governor Jan Brewer is pushing a statewide sales tax increase as a means of fiscal recovery. Yet after calling the legislature into “special session” six times in the past year, Arizona remains nearly $2 billion in the red with no “recovery plan” in sight. Meanwhile, the Republican legislature garners headlines for pushing legislation that will put the Ten Commandments on display in the capitol.

America presently has no use for government that can’t manage our tax dollars, yet spends them promoting the Bible and saving the planet from big screen TV’s. This is as distasteful as bailouts, mandated healthcare, and privileges and exemptions for Obama’s cronies.

We can do better. But if Republicans won’t “get it” – who will?