Obama Offends - And Doesn't Seem To Know It 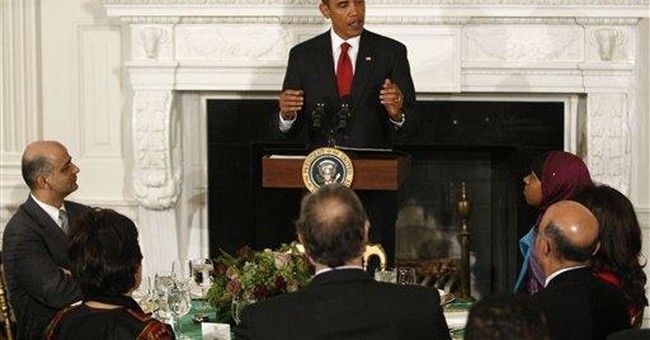 It’s one thing to be offensive.

It’s yet another thing to be offensive, and to be clueless about it.

And President Barack Obama seems to be landing in the “another thing” category these days.

It has been quite well established that August was a bad month for the President, himself, as well as for his legislative agenda. Today he clearly needs to do some repair work with the American people, so as to prevent further free-fall of his approval ratings, and perhaps more importantly, to prevent further decline in the level of “trust” with which Americans view him.

So what has the President chosen to do, in an attempt to regain our trust? Well, for one, he’ll be delivering a primetime, televised address next week, to Congress, and to the nation, about his nationalized healthcare plans.

Perhaps he’ll be able to use this speech to reset the national debate over the subject. But he runs the risk of reminding many Americans why they began to distrust him in the first place – it was, after all, President Obama himself who spent several years before becoming President, traveling the country and lecturing about his vision for a “single payer,” government-run health insurance system. And now we’ve watched as President Obama, realizing just how wildly unpopular his ideas are, has changed his position on the “single payer” approach, all within the last few weeks.

In many ways he seems surprised that some Americans are uncomfortable with his shift on this all-important issue, or perhaps by the fact that anybody would question him. No matter, the President may be able to use the speech to persuade Americans to think differently about him, and his agenda for healthcare. Then again, he might make matters worse.

But notice what else the President has sought to do, as a matter of regaining people’s trust. On Tuesday, the day before his address on nationalized healthcare, he is scheduled to do a televised address to students in American schools, the goal being to inspire kids to stay in school and to do well.

That sounds like a simple enough, worthwhile message for any U.S. President to articulate to American kids. Yet in what may have been a straightforward, well-intentioned effort to communicate an important message, The President has touched-off yet another trust-reducing controversy, and, again, seems caught off-guard by the uproar. How could this possibly be?

Perhaps most troubling about the President’s upcoming address to school kids is the accompanying curriculum provided by the U.S. Department of Education. While participation in the President’s efforts is purely voluntary and left to the discretion of individual schools, school administrators, and teachers, the emphasis of the curriculum is rightly troubling to many, including myself.

For example, it is suggested that students in grades 7-12 should, before the President’s speech, write their responses to the following questions: “Why does President Obama want to speak with us today?;” “How will he inspire us?:” and “How will he challenge us?”

That line of questioning may seem harmless to some. But notice that President Obama, himself - - not education, not the idea of becoming a learned person, but Barack Obama - - is the central theme of the questioning. And it presupposes that President Obama is, necessarily, inspiring to all who hear him. The United States didn't automatically assign the title "inspiring" to any of our recent Presidents within their first 8 months of service - Bill Clinton wasn't so fortunate, Ronald Reagan wasn't, and neither Bush 41 or 43 were either.

After the President’s speech, Jr. High and High School students are encouraged to contemplate “What inspired you about President Obama’s speech?,” and “what lines or phrases from the President’s speech resonate with you?” Again, the line of questioning is not so much about the importance of education, as it is all about Barack.

Those of us who know, respect, and care about the unique history of this country, understand what makes America unique. In no small part, we are distinct within the broader context of world history, because there are no kings or queens in the United States; our President is one of us, chosen by us, and entrusted with authority for a limited period of time. We pledge allegiance to “our flag,” and we are united by a set of important principles, but we do not bow to any one individual or “leader.”

The Obama Administration can dismiss the school speech backlash as an attack from “the right wing” (White House Domestic Policy official Heather Higginbottom did this last week). But the more that the Obama Administration continues to obsess over Obama, and the more they seek to belittle Americans who dare to question this obsession, the worse matters become for the entire country.

In the end, the President is left appearing as though he understands very little about the country he serves.