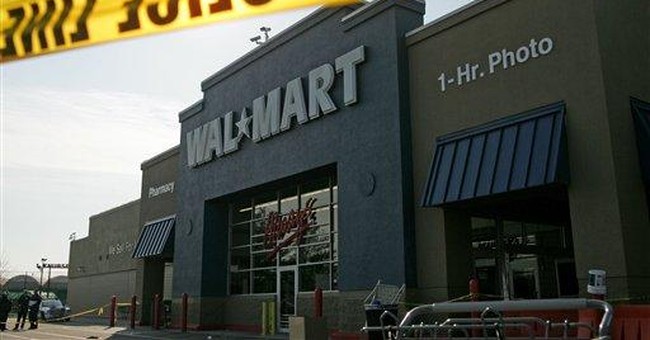 Some of our fellow Americans have been victimized in a most horrific way. Think of it as “manipulated consumer syndrome.”

I learned this last Friday. As millions of Americans were shaking-off a “turkey coma,” plunging in to “black Friday” shopping, and generally trying to enjoy a national holiday weekend, I was privileged to be guest hosting nationwide talk radio on the Fox Newstalk Radio Network, filling-in on “The Tom Sullivan Show.”

Dominating the day’s news was the horrific story of terror in Mumbai, India. Body counts continued to rise as Indian commandos fought to free hostages at two resort hotels, and during my program the news broke that the Mumbai terrorists had killed all of the hostages taken at a Jewish community center in that city. Among the dead were several Americans: a 58 year old father and his 13 year old daughter from Virginia, and a Rabbi and his wife from New York.

During the program I contemplated how the attack in Mumbai hits close to home for the U.S. in a variety of significant ways; that the United States has terrorism staring it in the face once again; and that we the people need to regain the vigilance that we knew in the days and months that followed September 11th, 2001. A guest “analyst” on the program seemed to agree with my assessment, as did listeners who called-in to the program. And throughout the discussion, it was clearly understood that terrorists cause terrorism, and it is incumbent upon free and rational people to guard against these thugs.

But then there was another not-so-happy holiday story in the news last Friday, a story that had completely “home grown’ origins. And unfortunately, people’s thinking on this “other story” was not nearly as clear.

By late Friday morning, the news had broken nationally that an employee at a Wal Mart store in New York had been killed when customers broke down the store entrance and stampeded inside. A 34 year old male employee, who, so far as I can tell at the time of this writing was completely healthy and able-bodied, was trampled to death by customers who cared only about being the first in front of a particular store shelf to acquire a particular item for a particular, advertised low price.

On the talk show, I raised the question of who is to blame for this deadly behavior. “Wal Mart is in serious trouble” a program caller was quick to point-out, because, as she explained, “they have a responsibility to keep their employees safe.”

“Yes, Wal Mart bares enormous legal liability” I said in agreement with the caller. And, yes, I’m sure that lawyers representing the surviving family, and, if the case actually went to court, a judge and a jury, would determine that Wal Mart failed to protect its employee while he was on the job, and therefore surviving family is entitled to compensation.

But legal liability, and moral culpability, are often not the same thing. And most of the callers to the program were fairly sophisticated when it came to thinking of people and institutions that could be held legally liable for this man’s death. The owner of the building would likely be found liable for something. And the company that provided security to the store - - and maybe the local police department - - and maybe even the “manager on duty” could be found liable by the courts, as well.

“But who is ultimately responsible for this deadly behavior?” I asked. “A mob mentality is to blame” a caller insisted. “And when somebody is surrounded by a mob mentality, they just can’t control themselves.”

But wait - - there was another scapegoat. “Many lower income folks are manipulated by the media and by advertising to believe that they gotta have this or that, and they’ll do almost anything to get it” another caller stated.

“So, lower income Americans are victimized by advertising and media?” I asked for clarification.

So Wal Mart, one of the world’s most successful retail distributors, has become too compelling. They have made their products and services so desirable that individuals are willing to kill in order to get those products and services. And Wal Mart is responsible for the deadly behavior of the customers who broke-down the door and trampled an employee to death.

Wal Mart’s holiday sales - - along with the rest of the American economy - - may be headed downward, or may be headed for recovery. Nobody really knows for sure. But one thing is certain: in America’s “moral economy,” personal responsibility is a commodity that is in short supply.