"Meda Reform" And The Assault On Free Speech 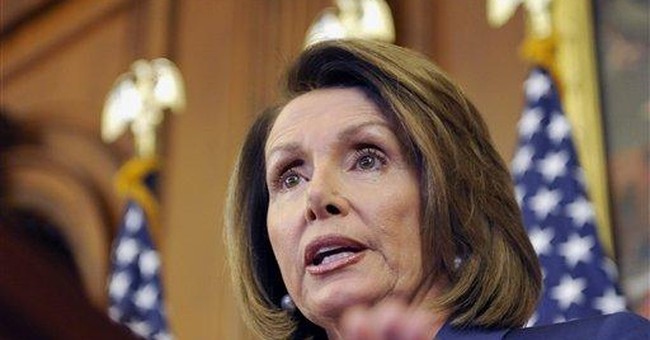 Is the United States about to face a constitutional challenge?

As we near completion of the first two weeks since Barack Obama’s election to the presidency, the path is being established for what I believe could be a serious challenge to the First Amendment of the United States Constitution, and the right to free speech that is protected therein. Any American who cares about such freedoms should be watching and listening very carefully. Unfortunately, it appears to me that most Americans are not.

As of late, much attention has been paid to the possibility of our federal government re-instating the so-called “Fairness Doctrine,” a regulatory policy that, earlier last century, required federally licensed broadcast outlets to present “important” and “controversial” subjects in a “balanced” and “equitable” fashion. The lifting of this regulation allowed for entertaining, highly opinionated, individual hosts to proliferate, thus giving rise to the media genre we know as “conservative talk radio” (it has also allowed for the emergence of “liberal talk radio,” although thus far this genre has not been as commercially successful as its conservative counterpart).

On June 29th of this year, I authored a column wherein I suggested that the antiquated “Fairness Doctrine” might be the least of our concerns. I further surmised that a President Obama and a Democratically controlled Congress may pursue something I termed “comprehensive media reform” - - a much broader, all-inclusive attempt to more fully regulate media content and ownership. I believe the stage is now set for such an effort. I’m imagining a rather sophisticated public relations campaign that would play out in the context of “experts” testifying before the next Congress, and “research” that would be reviewed in congressional investigations.

I envision something on the order of what the Clinton Administration and the Democratically controlled Congress did to tobacco companies back in the 90’s, only with broadcasting executives, and perhaps owners of web-based media outlets, being subpoenaed to answer questions under sworn oath.

Some will object to this comparison, given that tobacco is a verifiably dangerous product, and opinion based media is constitutionally protected. But I’m not assuming that factual truth, or constitutionality, matter to members of Congress.

Washington politicians have over the years very successfully demonized American industries that they don’t like - - both the tobacco and oil industries come to mind - - and have not only tarnished the ways in which those industries are viewed by millions of Americans, but have also achieved a wide array of “concessions” from those industries. Media owners, especially those who dare distribute “conservative content,” now need to be fully aware that their turn on Capitol Hill might be next.

Some of the “testimony” and “research” to be dramatized in the coming congressional show has already begun to emerge. For example, on September 30th of this year, Reuters news service published a “report” suggesting that conservative talk radio led to the initial failure of the calamity-preventing Wall Street ‘bail out” bill in the U.S. House. The article further suggested that Rush Limbaugh’s criticism of the bill caused stocks to “take a beating” and drove the world closer to global economic collapse, while syndicated talker Neal Boortz exacerbated matters by suggesting that more time was needed to allow the bill to “flesh itself out.”

Last week, “new media” took a hit as domestic terrorist-turned university professor William Ayers, in his much anticipated interview on ABC-TV’s “Good Morning America,” explained-away both his terrorist background AND his personal friendship with President-elect Obama. Why did he wait until after the election to answer questions about he and Obama? Because, he explained, he didn’t want to give credence to the “dishonest narrative” that was being spread around about him by internet bloggers.

Additionally, Ayers claimed in a written essay last week that John McCain didn’t participate in that “dishonest narrative” that tied Obama to his terrorist past, until McCain did a one-on-one interview with Sean Hannity. From there, the presidential campaign turned vitriolic - - all because of Hannity and the Fox Newschannel.

Additionally, Media Matters, a liberal, Washington, DC-based think tank group has for some time been compiling and publishing “research” on both local and national conservative talk radio hosts. Last week, Media Matters released a report documenting how conservative radio’s “vitriol” has not been “reserved for Obama,” and has targeted women, minorities, “immigrants,” and “autistic children.”

None of the incidents that they sight rise to the level of libel, or would be legally actionable, and are all based on individual hosts’ opinions. Yet they are nonetheless characterized as “attacks” that are intended to “foment hate and suspicion.”

The “Fairness Doctrine,” as it was once known, may or may not be on the horizon. But a plea to "stop the hate" is almost certainly in the works, and a call for “media reform” will necessarily follow.

Constitutionally protected “free speech” doesn’t matter nearly as much as people’s ability to create perceptions about that speech, and the stage is set for a full-scale demonization of conservative talk media on Capitol Hill.