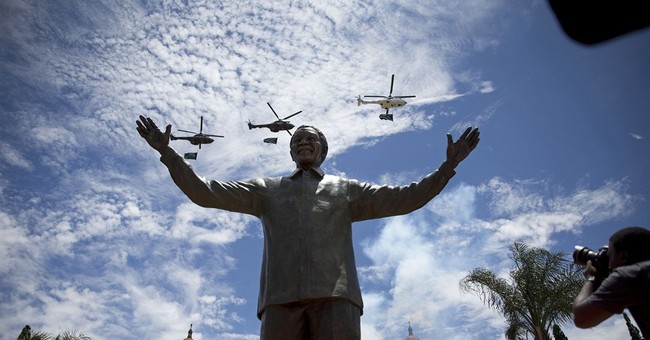 A reader left a melancholy comment on the news website. A TRC might help, but to make it work, Sri Lanka needs its own Nelson Mandela and Bishop Desmond Tutu. Tutu led South Africa's TRC. According to the reader, Sri Lanka has neither.

I don't think the reader was arguing that peacemaking depends on specific personalities. However, media increasingly portray leaders as celebrities and equate policy implementation with a dramatic speech.

The 10 or so Mandela eulogies I read last week described him as a reconciler, a revolutionary turned nation healer and a nation builder. All true. However, the TRC, Mandela's policy instrument for concretely advancing reconciliation, received scant attention.

Great words. They reflect a desire to avoid a term haunting the early 1990s: "ethnic cleansing." The ANC had a cadre of veteran guerrillas who wanted to take violent revenge upon the Afrikaners, "the white tribe." However, tribal warfare can spread. South African Xhosas and Zulus have their differences.

The words, however, also engaged a demand by apartheid regime security personnel. They wanted amnesty for crimes committed during the apartheid era, crimes which incited guerrilla demands for revenge.

Real leaders know policy must be substantiated, or made concrete, otherwise the words promoting policy are hollow promises. Mandela offered an enlightened bargain: truth for amnesty, a searing truth that would hurt, then heal.

Tutu directed the TRC process of examining -- in public and in great detail -- apartheid-era crimes, beginning with the Sharpeville massacre in 1960. The process involved personal accusation, personal confession, personal confrontation and public shame.

Confession, remorse and reformation aren't new concepts. In 2002 I discussed church-sponsored peacemaking efforts in Sudan with the Anglican Archbishop of Kenya. South Africa's TRC came up. The archbishop said confession and reformation in some garb are diplomatic tools for resilient peacemaking of any kind.

To make truth and reconciliation peacemaking work, however, requires trust.

The process worked in South Africa because Mandela firmly opposed violent retribution and curbed vengeful ANC loyalists. This promoted trust. Equivalent action is replicable elsewhere and in other circumstances. Mandela also sought peacemaking partners who understood the social and economic rewards of national reconciliation. This, too, is replicable.

This is good news for Sri Lanka. In the season of the Prince of Peace, it's good news, period.