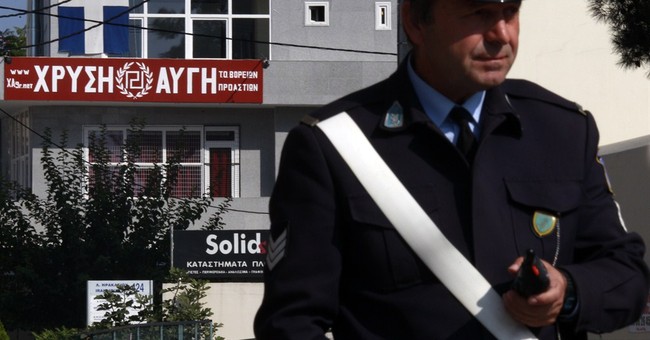 These four nations belong to NATO. At the moment, all four have democratically elected governments. All of them, however, are plagued by massive debt and have authoritarian legacies. Dictator Francisco Franco ruled Spain until 1975. The Salazar regime dominated Portugal until 1974; that same year, The Colonels military junta collapsed in Greece. 1943's Allied invasion of Sicily felled dictator Benito Mussolini, Adolf Hitler's partner.

The Great Depression saddled America with tragically high unemployment rates for over a decade. In 1933, unemployment topped 24 percent. Whatever the long-term effects of FDR's New Deal policies, they curbed unemployment and alleviated the disaster's more severe social consequences.

Yet it took a greater tragedy to defeat the Great Depression, World War II's war of national survival. The U.S. economy's 1940s militarization produced a macro-economic surge that reversed the macro-economic decline. This revival exacted a blood price: over a million Americans dead and wounded.

To their everlasting credit, since the Great Recession began in 2008, governments around the world have sought macro-economic solutions other than global war. These attempted solutions, however, mimic economic militarization, often to an uncomfortable degree in terms of stifling job-creating economic innovation by favoring powerful political constituencies and restricting market choices.

If you Google "militarized economy" you won't find the term used quite like I just used it. "Command economy" appears, defined as one where government controls supply and price. Government dictates production and distribution of goods and services, not free market choice. Several websites cite the USSR as a premier example of a command economy. Historian Bruce Porter, in his insightful book, "War and the Rise of the State," argues command economies are really war economies. In the World War II, the U.S. had one. Porter knows by documenting the military origins of the command economy-inclinations of the welfare state he gets a gadfly's twofer. He incites America's dovish, military-despising political left- and right-wing, free enterprise hawks who extol military virtues.

Militarized economic intervention is justified as a response to crisis. However, continuing to add debt without producing economic recovery leads to perpetuated crisis; the long-term result is strategic decline. The U.S. unemployment rate is hotly disputed. NY Post columnist John Crudele argued last July, rather convincingly, that the U.S. 2013 rate is 10 percent, not 7.3 percent as the Obama Administration maintains. This week, Crudele cited evidence that in 2012 the Census Bureau lied when it said unemployment dropped below 8 percent just prior to the 2012 election. 2012's 8 percent (four years of Recession) beats 1933's 24 percent, but in 2009 the Obama Administration promised 5.3 percent.

What do we do? Though counter-intuitive to big (militarized economy) government advocates, micro-economic revival may be the route to American and global recovery. Micro means individuals, as in entrepreneurs and small businesses seeding local economic growth, which ultimately has the macro-effect of producing new wealth. This route, however, is slow, and politicians cannot take credit for ideas that pay off beyond the next election cycle.