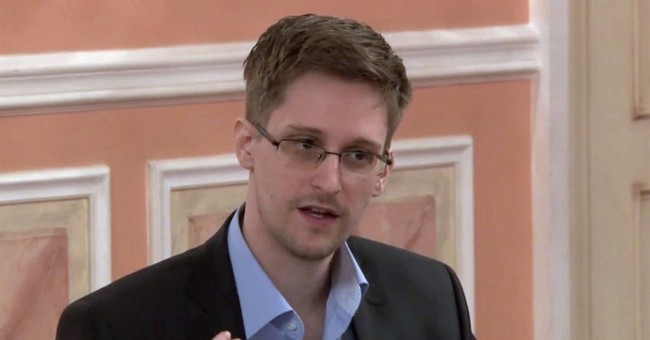 Trending
Enhancing survival is the gut reason for spying. In the case of the United States, enhancing survival means reducing the likelihood that enemy surprise attacks like Pearl Harbor and 9/11 will succeed.

Less morally compelling and many downright criminal motives for spying are now putting that core mission at risk. Edward Snowden's revelations and the appearance of limitless electronic snooping have shaken public trust in U.S. intelligence agencies. That's unfortunate. America needs trustworthy spies, and "trustworthy spy" is not an oxymoron.

America needs lots of trustworthy spies. Identifying, assessing and deflecting thousands of threats, requires diverse skills. All told, the U.S. has 16 different intelligence agencies within its "national intelligence community," or at least 16 that the government admits exist.

As German chancellor Angele Merkel well knows, the National Security Agency focuses on electronic eavesdropping. The National Reconnaissance Office handles imagery (think satellite photos). The Federal Bureau of Investigation's counter-intelligence section spies on foreign spies who are spying on America. The Defense Intelligence Agency focuses on military threats. The Central Intelligence Agency works cloak-and-dagger with the State Department and the Department of Defense. The CIA also works the globe's sewers. Unfortunately, Mafia kingpins, Guatemalan drug dealers, Iranian gangsters, Somali smugglers and Russian mobsters know stuff. CIA fights an endless war and a particularly dirty one, but the truth is every intelligence agency is a warfighter in an endless war.

A vast bodyguard of bureaucratic and fiscal lies protects America's annual cloak-and-dagger budget. Open source estimates run from $70 billion to $80 billion a year. However, these immense figures may not fully account for the cost of Department of Defense and Department of State intelligence support operations.

DOD provides American spies with lots of assets, from commandos to missiles launching satellites. State Department support is more subtle, but perhaps more pervasive. After learning that NSA had tapped Chancellor Merkel's phone, a German newspaper accused the US embassy of being an intelligence and electronic eavesdropping facility. This isn't news. Every national embassy on the planet is an intelligence facility. Ambassadors are representatives, but they are also tasked with gathering political and economic information, information being a nice word for intelligence. Diplomats are intelligence assets, and every nation knows it, which is why host nations try to keep tabs on the whereabouts of foreign diplomats, even those of close allies. Like I said, it's a dirty business.

Capturing phone conversations and electronic data in foreign nations is what the NSA is supposed to do. However, we know international terrorists operate in the U.S. NSA's PRISM surveillance and data-mining program, which Edward Snowden revealed after he fled to Russia, was a counter-terror initiative that used meta-data analysis as a tool for identifying likely terrorists.

So far, the government has failed to reassure the American public that NSA is not collecting specific information on innocent U.S. citizens. Apparently, a number of NSA employees are increasingly dismayed at what they see as President Barack Obama's failure to strongly defend them and their role in the defense of America. Obama has now supposedly ordered NSA to quit spying on the U.N. That's a mistake. The U.N. is a nest of ambassadors and spies.

Trust needs to be restored. Unfortunately, that may take a new president. Obama wants to present himself as a civil libertarian purist. You can't be president and be a civil libertarian purist. Obama's critics suspect, with increasingly good reason, that his administration illegally used Internal Revenue Service data in the last election to damage and deter his political opponents. If he used IRS data, why wouldn't he pinch from NSA?