Time to Tighten up on Security Clearances 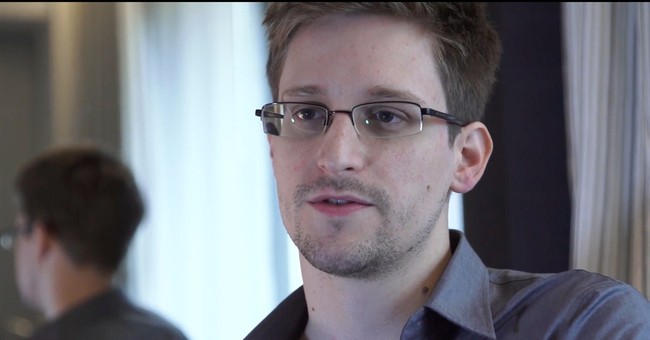 The phone rang and the caller identified himself as an investigator conducting a background check to update a high-level security clearance. He asked if he could speak to me, within the next 24 hours, regarding the "individual concerned". The investigation had "high priority".

The "individual concerned," a friend of mine, had fired me a heads-up email. The email's early morning date-time-group added edge to his request. A developing crisis required his skills, but he couldn't tackle the mission until his clearance was validated. Austin, tell 'em what you know when they ask.

The investigator came to my home. Though the "individual concerned" had carried a clearance for decades and had a spotless record, the investigator was thorough. Oh, was he so thorough. He asked. I answered the easy ones and then the hard ones, the ones that get to the grit.

The "individual concerned" received the absolutely necessary security validation. He deserved it. Moreover, the American people and several million people in an unfortunate place benefited from his expertise.

U.S. government security clearances matter a great deal, particularly when "the individual concerned" is working in or with a diplomatic, military, security or intelligence service.

Clearances matter because the jobs handled by "the individuals concerned" can have and often do have access to information that will either save lives or get Americans and American allies killed. In other words, the ability to securely handle life and death information is the bottom line determination -- or it is supposed to be.

That said, I've concluded the current security clearance process is seriously flawed. Let's start with the alleged Washington Navy Yard mass murderer Aaron Alexis. Alexis had a secret clearance. He apparently needed a secret clearance to get into the Navy Yard. Now, secret clearances are not quite what they used to be. Today, almost anything is secret (as in the classification), even if it is common public knowledge. That may be one of the problems we need to address: over-classification.

Apparently minimal common sense scrutiny isn't what it used to be, either. Alexis' psychopathologies, his personal misconduct while on active duty in the Navy and his other incidents of questionable behavior since exiting military service weren't ... well, they weren't secrets. Like former U.S. Army major and terrorist Hasan Nidal, Alexis had a record of just plain bad judgment and questionable behavior, which their superiors and the military (Navy for Alexis, Army for Nidal) and the entire security system managed to miss or, far worse, chose to ignore.

In retrospect, former U.S. Army private Bradley Manning should never have qualified for a high-level clearance. Based on evidence produced at his trial on charges of espionage, Manning's superiors definitely overlooked his erratic behavior. They should have pulled his clearance. They didn't.

The case of former National Security Agency analyst Edward Snowden remains unresolved. The UPI claims the "fugitive secrets leaker" is currently holed up at a secret location in Russia.

Apparently, a commercial security company investigated Snowden on behalf of the NSA. That is not necessarily damning, but there is reason to believe Snowden's check out was slap dash.

Slap dash may be the new normal. Time magazine reports that a recent Pentagon investigation concluded that the Navy is failing to conduct rigorous security checks on its contract workers, citing the Washington Navy Yard as a particularly egregious example.

The investigator who questioned me was a pro -- a retired federal police officer. We have people who know how to do it and do it right. Unfortunately, we also have evidence that the NSA and the Navy are relying on contract investigators who lack both the skills and the patriotic commitment their job demands to conduct initial investigations. That needs to change. Now.