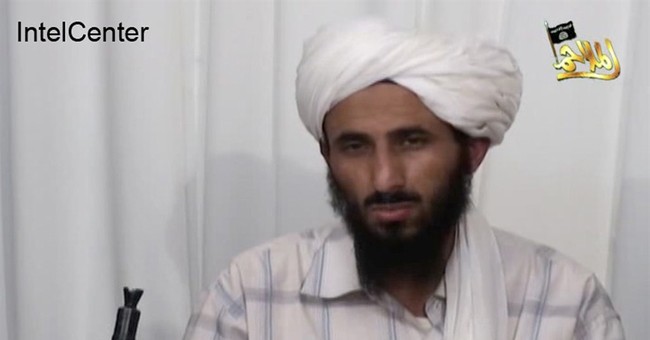 Fifteen years ago, on Aug. 7, 1998, Al-Qaeda terrorists bombed the U.S. embassies in Kenya and Tanzania.

Chatter is often cheap verbal theater, but the threats make strategic sense. Al-Qaeda strategists thrive on iconic dates as well as iconic targets, and Aug. 7, 1998, is a touchstone. The spectacular acts of mass murder in Nairobi and Dar es Salaam served as the terror group's international declaration of war on America.

In August 2013, America remains locked in a long war with militant Islamist terrorists because they remain locked in a war with us. As American soldiers say, the enemy gets a vote. Al-Qaeda voted on 8-7-1998 and on 9-11-2001. The 9-11-2012 attack on our consulate in Benghazi, Libya, was another enemy war vote.

Yet in his February 2013 State of the Union address, President Barack Obama assured the American people that a decade of war was ending.

Yes, Obama said that. To make it worse, his bevy of media admirers responded with kudos.

Al-Qaeda commanders heard Obama's February declaration of impending peace, and they beg to differ. Our security agencies are scrambling to defend our embassies. Police forces in major American cities are asking citizens to be vigilant. Apparently the end of war is not so nigh.

In 2009 Obama forbade using the word "war" in our struggle with al-Qaeda. Obama banned use of the Bush administration's Global War on Terror (GWOT).

Rhetorical gimmickry served Obama's immediate personal political interest. Saddle Bush with the sobriquet of War President, and Obama becomes the Peace President. Voila, a Nobel Peace Prize! Erasing "global" also served a sly and dirty purpose of impugning Bush's motives. It implied that Bush just might be responsible for globalizing the conflict, even though Osama bin Laden's stated goal was a global caliphate.

In lieu of the GWOT, Obama announced his administration would conduct "overseas contingency operations." But Fort Hood, Texas, is not overseas. Nor is Boston. U.S. territory has suffered several terror attacks since 2009. The war is global because the enemy fights a global war.

Obama's peace rhetoric simply does not reflect the harsh long-war reality we face.

Al-Qaeda's 2013 chatter may prove to be mere verbal threat to fray nerves and test security reactions. In the worst case, Al-Qaeda has deployed terror teams to attack our embassies and reprise August 1998.

A common thread links these scenarios: Al-Qaeda is definitely exploiting the disconnect between Obama's words and the world.

Our adversaries and friends have noticed the President's credibility gap. Loss of credibility has weakened him as a leader. Ask Vladimir Putin. Despite Obama's protests, Putin granted the NSA's Edward Snowden asylum in Russia. Putin sees no downside.

Though bin Laden is dead, Al-Qaeda isn't. Bin Laden urged Muslims to back "the strong horse." America has withdrawn from Iraq and intends to leave Afghanistan. Al-Qaeda commanders see America's weak president as emblematic of a weakening America and weakening American will. At some point it will take more than drones firing missiles to prove them wrong.