The Invasion of Sicily 1943: Victory as a Strategic Mistake? 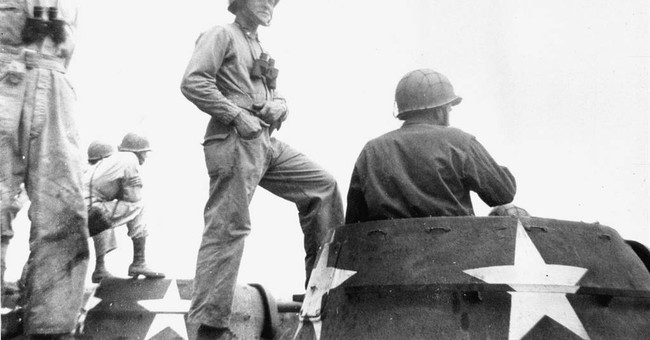 On July 10, seven divisions -- three U.S., three British and the 1st Canadian Infantry Division -- launched an amphibious attack on a 100-mile long front. Despite several successful Axis air attacks on ships and a brazen Italian tank attack on U.S. positions near Gela, by midnight July 10 all seven divisions were ashore.

Putting seven divisions ashore so swiftly was an extraordinary coup. Oh, grievous errors occurred as the buildup proceeded, the most notorious being the July 11 downing of 23 U.S. transports by Allied anti-aircraft fire. The planes were ferrying paratroop reinforcements. Yet in its initial phases Husky demonstrated that the Anglo-American team had learned a great deal since the Operation Torch landings in November 1942. Planning and coordination had improved. North African combat had honed the skills of American forces.

Then came the hard slog, over Sicily's godforsaken rocks.

For the next six weeks, the Germans and a diminishing number of Italians fought brutal delaying actions. German infantry stalled the Commonwealth's east coast advances, south of the city of Messina. The Axis frustrated an American thrust in central Sicily.

The conflicting egos of the two Allied army commanders, Britain's Bernard Montgomery and America's George Patton, sorely tested Allied cooperation. Cool-headed Ike and his combined staff finessed both powerful personalities. The stubborn Montgomery continued to slam his troops against Axis positions near Mount Etna. His was the shortest route to Messina, and Messina, Sicily's route to Italy, was the prize. Messina sits on the western side of the Strait of Messina, known in classical times as Scylla and Charybdis. Capture Messina, and Sicily became an Axis POW cage.

The Germans wanted a bloody slugfest. Patton didn't. He sent mobile units toward the weakly defended northwest sector. On July 22 his troops seized the port of Palermo, as the U.S. 45th Infantry Division cut the long highway connecting Palermo and Messina. The U.S. bagged 20,000 prisoners.

The oh-so-close proximity of large Allied forces to Italy was enticing. And that enticement leads to the biggest historical question tagging Operation Husky: Was taking Sicily the best strategic choice, since it made an invasion of Italy inevitable? From south of Naples to the Po Valley, Italy's rugged and rocky terrain is a defender's delight and attacker's sorrow.

Winston Churchill had sold Sicily as the next logical step. Sicily was the classical route to Rome from North Africa, and knocking fascist Italy out of the war would deal Adolf Hitler's Axis a heavy political loss.

Sicily geographically dominates the central Mediterranean. Husky's advocates noted that for three millennia the island served as the stepping stone of to-and-fro commerce and war between North Africa and Europe.

Axis-controlled Sicily had served as a big aircraft carrier for attacking Allied shipping. Under Allied control, those bases would extend air cover to northern Italy and Sardinia. U.S. planners agreed that Husky made operational sense if the goal was securing air bases. But can we stop there, at the strait? Sicily's hard slog was costly. A strategic thrust up Italy's mountainous spine will be as just slow and deadly.

And indeed it was.