No Denial on the Nile: Egypt Threatens Ethiopian Dams 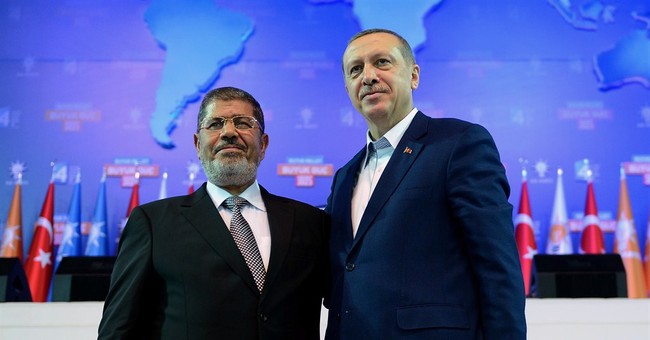 In point of fact, the Egyptian government's initial embarrassment has given way to hard-edged declaration. Egyptians will fight Ethiopia for every drop of Nile River water!

For politically fractured and factionalized Egypt, war talk is a unifying tonic and a distraction from Egypt's endless miseries. Morsi's Muslim Brotherhood government has simply failed to address the enormous economic and social problems afflicting Egypt.

But Nile water sustains all Egyptians. The trite adage, "Egypt is the Nile," is true. From Aswan north to Alexandria on the Mediterranean Sea, the green band bordering the great river is home to 90 percent of Egypt's population.

Ethiopia has been waging a steady diplomatic campaign asserting its rights to Nile water. Ethiopia's case is as passionately essential as Egypt's. One word defines the basic case: famine. Water in reservoirs is a hedge against famines induced by drought. Electrical power sums Ethiopia's expanded case.

Ethiopia contends the traditional division of Nile water distribution rights are based on an antiquated colonial artifact that unfairly favors Egypt. The 1929 Nile Waters agreement (engineered by Great Britain) gave Anglo-Egyptian Egypt 90 percent of the Nile's annual flow. Egypt could also veto upstream water projects. In 1957 Ethiopia announced it would utilize Nile water resources within its territory. The Blue Nile and its Ethiopian tributaries generate 75 to 85 percent of the Nile's annual flow. The White Nile, from Uganda, Kenya and Tanzania, generates the rest.

In April 2011 StrategyPage.com reported that Ethiopian diplomats had proposed an interesting win-win solution. Ethiopia would sell Egypt a partnership interest in its dams. Egypt would have ownership input in the operations. Ownership guaranteed Egypt reliable hydro-electric power. Egypt would also split the profits from selling electricity throughout Africa. Hey, Cairo. For the dams to generate electricity, water must flown downstream.

Ethiopia's proposal at least creates the possibility of a win-win political deal. In time cool heads in Cairo should accept it.