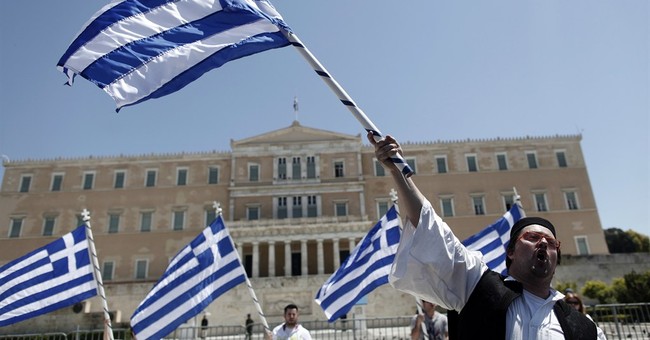 In 2011, China had a gross domestic product of $7.3 trillion dollars, second only to America's $15 trillion GDP output -- at least according to official data.

In 2011, System D had a GDP of $10 trillion, though that imposing figure is utterly unofficial, by definition.

System D doesn't belong to the United Nations, so don't try to find it on a map. If System D is news to you, odds are good you've encountered it or you know it by one of System D's more shifty names. These identities include (from less shifty to more so): the do-it-yourself (DIY) solution, casual employment, the informal economy, the unofficial or unreported or shadow or underground economies, or -- most forbidding -- the black market.

"Hustler" carries con man baggage. Not so debrouillard -- it is a huge compliment. "To say a man is a debrouillard," Neuwirth wrote, tells people "how resourceful and ingenious he is. The former French colonies have sculpted this word to their own social and economic reality. They say that inventive, self-starting, entrepreneurial merchants who are doing business on their own, without registering or being regulated by the bureaucracy and, for the most part, without paying taxes" are the debrouillard economy, System D.

For Neuwirth, the term described personally observed truth. Interaction in the world's unregistered markets "is not simply haphazard. It is a product of intelligence, resilience, self-organization and group solidarity ... ."

Sharp and self-organizing describes the inventive Inca entrepreneurs found in Peruvian economist Hernando De Soto's 1986 study of informal markets, "The Other Path." So System D isn't new; it is simply the path of least resistance productive people take when they confront discriminatory access to the formal economy.

Tracking System D is tough since it operates -- usually for legitimate and morally grounded reasons -- beyond the reach of what I'll call "authorized regulatory administrations." However, a system that creates wealth in dire circumstances and pumps out $10 trillion a year certainly demands the attention of economists, investors and political leaders who really want to understand wealth creation.

Because their success or failure fundamentally depends on how they dynamically influence wealth creation, government economic policy and tax policy are second-order subjects. You wouldn't know that scanning political headlines.

America isn't Greece. Not yet.