Background to the Iraqi-U.S. Security Agreements 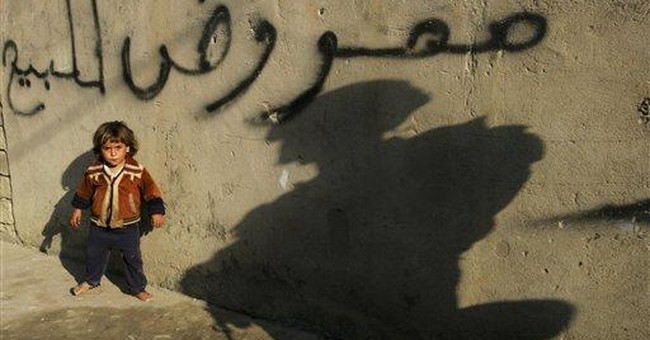 Two events and one document frame the historical context of two pending agreements that will guide U.S.-Iraqi relations over the next three to 10 years: the Status of Forces Agreement (SOFA) and the Strategic Framework Agreement (SFA).

Ink stains mark that first event: Iraq's January 2005 elections. Recall "expert pessimism" dominated the international media's coverage of that election. The election would fail. But it didn't. Despite the dour predictions, millions of Iraqis responded. Voters dipped their fingers in blue ink -- a simple but dramatic way to show they had gone to the polls. An ink-stained finger became a symbol of the individual and social courage it took to start a national democratic political process.

The second event occurred in spring 2008: the Iraqi Army's Operation Charge of the Knights. Declared an immediate failure by an overwhelming majority of the talk show and editorial elites, Knights Charge smashed Shia gangs in Basra and hit Iranian-financed "special groups" throughout southern Iraq.

Iraq Kurds and Sunni Arabs praised Knights Charge. Maliki's Shia Arab-dominated government was targeting and defeating Shia radicals, many of them in cahoots with Iran.

Knights Charge not only demonstrated maturing Iraqi Army capabilities, but it showed the central government was an Iraqi national government.

As for the document behind the agreements: U.N. Security Council Resolution 1546 (passed on June 8, 2004) ratified the general thrust of U.S. political development policy in Iraq and mapped a route to full Iraqi sovereignty. When I reported for duty in Baghdad in May 2004, the first paper on my desk was a draft of Resolution 1546. I thought it read like an open-source campaign plan outlining the interim and often frustratingly incremental successes required to create a democratic Iraqi state. In retrospect, that's precisely what it was.

The resolution's security section has immediate resonance for the pending Iraqi-U.S. security agreements. It praised "ongoing efforts" by Iraq "to develop Iraqi security forces ... operating under the authority of the Interim Government of Iraq and its successors." Those forces "will progressively play a greater role and ultimately assume full responsibility for the maintenance of security and stability in Iraq."

Since late 2007, the United States and Iraqi have been negotiating the SFA and SOFA agreements, which are another step in the Resolution 1546 process.

According to the Bush administration, the SFA establishes a normal "bilateral arrangement" (sovereign state to sovereign state) addressing the social, political and economic dimensions of the Iraqi-U.S. relationship. The SFA has no closure date.

SOFA runs from January 2009 through December 2011. It calls for Iraqi control of Iraqi cities by mid-2009 and a pullout of U.S. combat forces by the end of 2011. The mid-2009 turnover is in line with the current U.S. conditions-based schedule for turning security in all 18 Iraqi provinces over to Iraqi forces.

According to the Bush administration, if conditions in 2011 warrant a change in the agreement, Iraq and the United States can negotiate a follow-on agreement or "adjust the agreement based on new conditions." The Iraqi government always has the right to request U.S. technical assistance -- with securing control of Iraqi air space being an example of close Iraqi-U.S. cooperation.

Maliki's government believes it has the votes in Iraq's parliament to confirm these agreements. The parliamentary debate on the agreements is itself remarkable -- an open democratic debate on national security in a nation ruled by a murderous tyrant six years ago. The ink-stained fingers pointed the way.